Steven Universe Save The Light Review by SwitchWatch

Steven Universe Save The Light begins with Steven telling a story about how the Crystal Gems found a prism weapon, activated it, and had to stop it, as well as introducing Light Steven. This is the story from the previous game “Steven Universe Attack the Light” allowing for new players to get up to speed with the events leading up to now. Light Steven is the focus of the game, saving him, and the light. 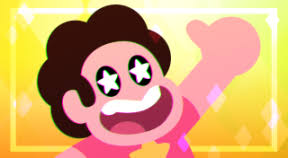 Not long after Stevens’ story is finished, Light Steven disappears and the Prism floats away. Steven and his friend Connie go after the prism, but not before Steven gets his trusty Cheeseburger backpack. You follow the Prism to Beach City, the main hub of the game, there you meet Steven’s dad at his car wash, with a giant Prism spaceship above it. You meet the main Gem antagonist Hessonite (after the car was is destroyed by the spaceship), who takes back the Prism and declares it was hers for 1000 years ago. Realising that there are humans in her presence, Hessonite mocks the Prism for allowing humans to activate it and decides to ‘rip he humans apart’. The prism makes weak and soft light soldiers and with that the Gem leaves. This is the first fight in the game along with a short tutorial.

Here starts your adventure to Save the Light… Steven. Along the way, you will meet weird and wacky individuals from the cartoon, with their own personalities and quirks. That makes for a great adventure. For people who have and have not seen Steven Universe, this will take you approximately 14 hours to complete 100%.

When starting out on your great adventure, you have access to three playable characters, the roster will grow to seven in total, each with their own interactive abilities for out of fights and different roles within the fights. The interactive abilities range from a simple role to metal powers. These can be used to complete puzzles to find hidden areas within the game. Not only that, they also give you a nice bonus in a fight. When you have selected the four characters for your line up, you can switch between them, doing so allows you to use the lead character’s ability.

Later on in the game, you will gain access to a forge. This allows you to improve the weapon of each character twice. Each improvement gives access to new abilities. For example, Levelling up Steven’s shield once will give Steven temporary health regeneration in a battle when he preforms a perfect block. Not all upgrades are fight related.

At times there will be conversational choices to make. The choice you make does not affect the game, but if you pick the right one for the character you are talking to that character gets an EXP boost or they get a relationship boost. The best conversation is naming the bosses: there are three set names, you pick one and that is the name of that boss. Unfortunately, this feature is not used enough. I believe if it was, the adventure would feel more tailored to the player and make it feel more of an individual experience.

Map and That Camera

The map is split up into five main overview maps and three smaller areas. The main maps split into five playable areas and there is one hidden area that needs to be unlocked. Within the playable areas, you will be running around solving puzzles and levelling up.

The camera angles cannot be controlled – this can lead to some frustrating happenings. As a whole, the camera works fine, it is fixed to the party and moves in accordance to you moving. Running around a room, the camera follows you, move to an area facing the camera it changes so that you are running at the camera and it’s a smooth natural transition for the most part and I really like it. Just every now and then on intersections on the map, as you have no control as soon as you wander too near an opening it starts to move and can be somewhat disorientating. Moving about the map can also be a hazard with the fixed view, as I found my self on a bridge slowly moving to the edge and falling off, with some jumps being hard to judge.

There was an issue of clipping through the map at times. This happened a few times when I got to a puzzle but I was not playing as the character I needed. I changed to the character who was off screen and they would be stuck in a wall. It is a minor inconvenience, as all that was needed to sort it was to change character and run away from the stuck body and they would reappear near you.

If you like a good cheese burger, this one is the best. It holds all your items and is available any time out of a fight and in a fight, depending on the item used the backpack, is on a cool down making using an item a tactical choice. 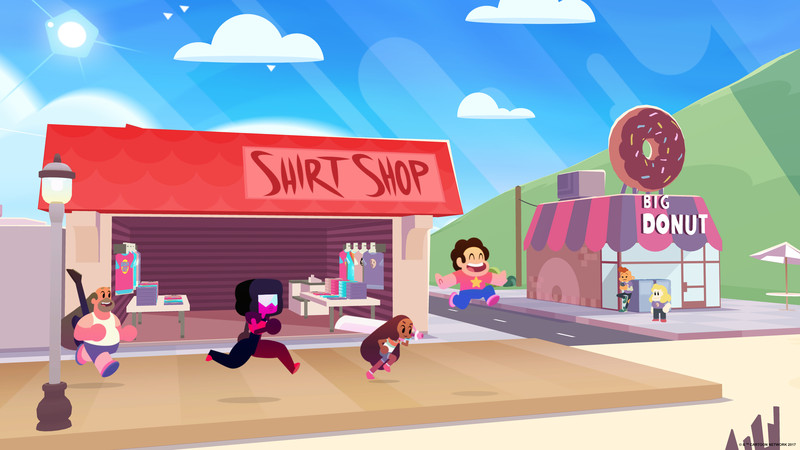 Fighting, Leveling Up, and The Importance of Friendship

Steven Universe STL is at its core an RPG, focusing on levelling up your characters, improving the individual statistics to fit your game play style, as well as getting new abilities. In order to do this, you will need to fight and fight a lot, and this is where the game mainly was a gem to play.

While exploring each area, you will come across enemies, if you venture too near to the enemies and you are seen, the mob makes a sound and runs at you. Here you have two options: fight or run. Being an RPG, you have to fight. So what do you do? You could let the enemy hit you and start the fight or you could hit them first using the interactive ability of the lead character. For instance, Steven’s roll can be used to hit an enemy and initiate the fight. Also, you can get behind an enemy and hit it.

Once a fight has begun, the first thing you will see is that the party moves to different places on the screen. This is important and added a little extra level of tactics. An attack may not hit the enemy you intend… I didn’t do this, honestly. Next thing is star power which is in the bottom left corner. It constantly builds up and once the meter is full, you get five star power (this can be augmented). Star power is the resource pool that all the party uses for moves to be used. The more powerful the move, the more stars it needs. Once out of stars, you need to wait for the meter to refill before you can act again. Each characters’ health is displayed at the bottom of the screen. There are a few environmental hazards within some fights that can be used to your advantage, for example knock off an enemy off a cliff.

One thing the game does not explain overly well is the relationship meter. Each character has their own meter with each other, it is improved by preforming actions or giving encouragement when prompted. Once the meter is full, you can perform a super move through fusion. Steven and Connie fuse to make Stevonnie, the fusions take on part of each character’s looks as well as some moves. It also seems like all statistic are added together from each fused character. Making them extra strong, also they look damn cool

Again, even the fight system has its flaws mainly with its character and the area placements. Particularity in the final fight (no spoilers) where one of the characters I used to attack got stuck on a static party member and had to restart four times due to this bug, lets say I was frustrated, but i did figure away to get around it so, all good in the end.

The audio is all around good. The music goes from soft undertones of happy adventuring, to deep darker overtones of ominous destruction. The music lends well to each area, not over powering, and sits nicely in the background. Until you hit something important or go somewhere important, the music gets louder and more to the foreground. Making the Audio even better is the fact that the original voice actors of each character are here – does nothing but enhance the experience.

The song that plays on the credits is preformed by Mr Universe, Steven’s dad and it’s rather catchy… just saying. 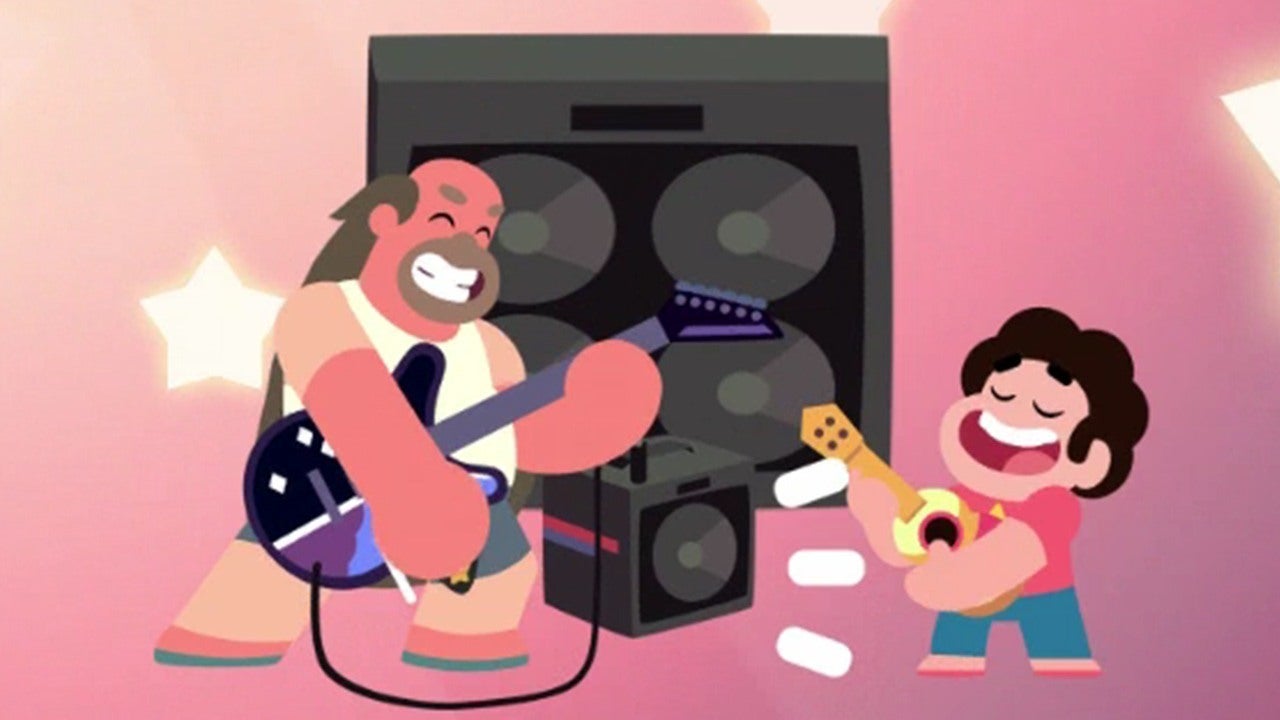 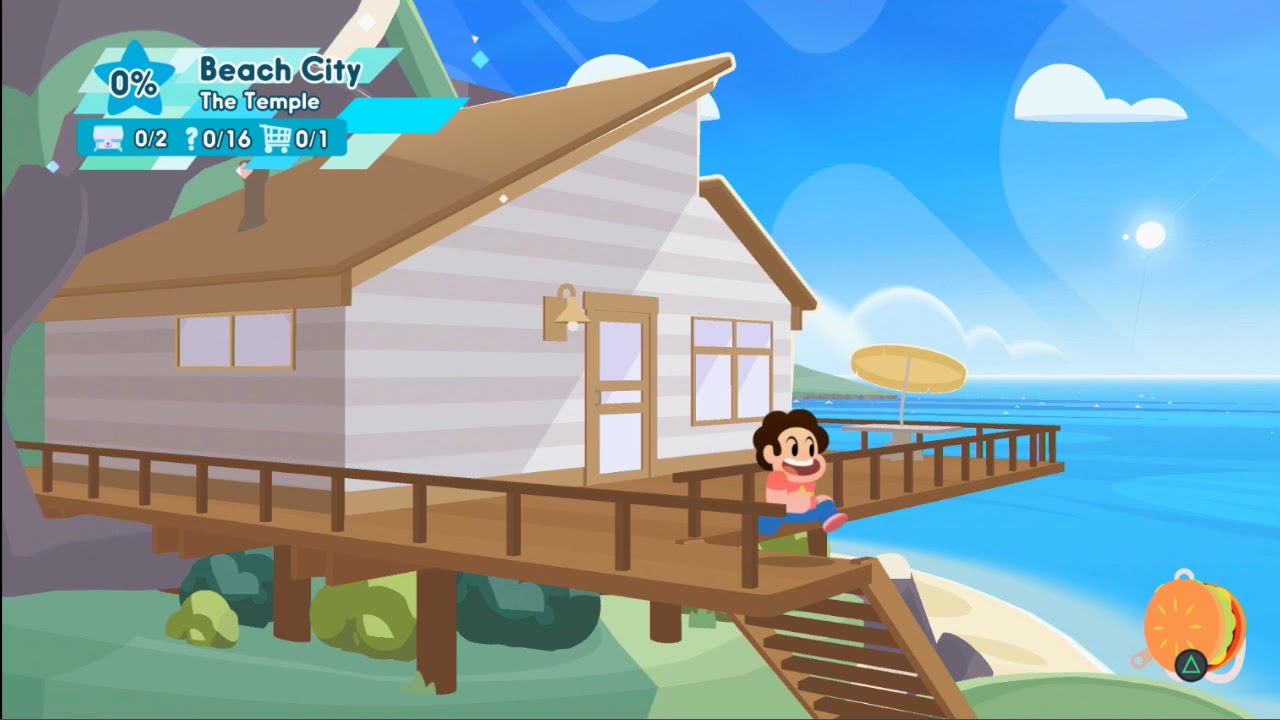 With Steven Universe being a Cartoon Network show, the art style was going to be somewhat defined by this fact. This, to some extent, is true, if you have seen the show you know who everyone is and you know Beach City straight away, but they have made it slightly simpler in designs. The main change for visual style is the paper Mario style, all characters are flat 2D drawings within a 3D world. This art style had grown on me. I was expecting the cartoon style graphics, but we did not get that. Instead we got 2D flat models in 3D environments, it actually lends it’s self well to this title. It reminds me a lot of the Paper Mario franchise.

The game plays well only a few too many instances of slow downs where the game either freezes for a second too long trudges along for a few seconds – it’s more apparent towards the end of the game. I had to restart the game a handful of times due to a character getting stuck in the map or bouncing across the map for no reason. Loading screens are fairly long, and then loading in the map can take extra time for no apparent reason.

With the modest price of $24.99 and £22.49, it hits a middle-tier of games where you do not expect a AAA title but something decent. This is what you get – a game that is decent, even with its take on the classic RPG battle system, it is let down by some lazy coding. This can be patched out but for me the damage is done. Now don’t get me wrong, I liked the game, the ideas, and the look, just would have liked more attention given to silly problems that can be fairly easily avoided.

Too Many Game Breaking Bugs

CrossCode Will Launch on Switch in July

Bug Fables Gets a Release Date for Switch