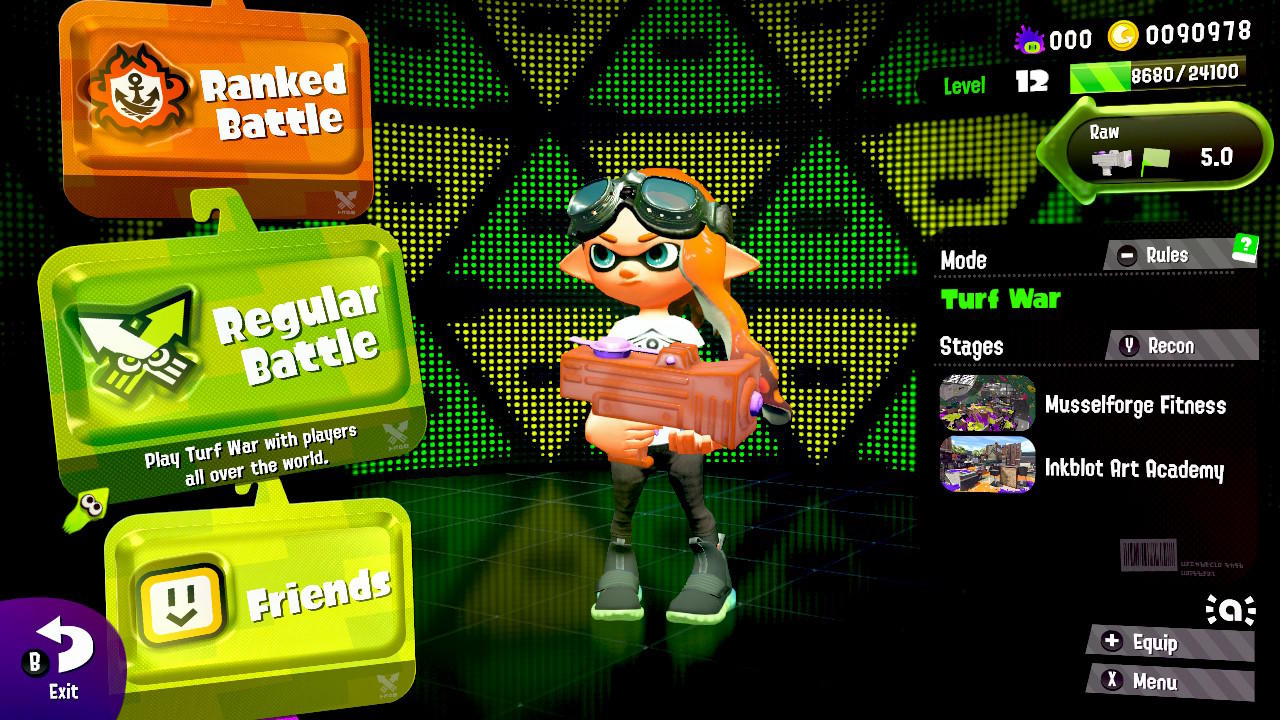 It’s Summertime, which means we have a bit more time than usual to get through some of our backlogs since it’s been slower in terms of major releases. It’s also time for us to catch up on games we’ve missed before the inevitable rush of Fall releases have all our attention and destroy our wallets. One game I like to go back to every so often is the ever-popular multiplayer-centric Splatoon 2.

Splatoon, a fairly new franchise that caught us all by storm takes a different approach to the competitive multiplayer scene. It’s refreshing to play something that encourages competitive fun without the violence and antagonistic behavior found in most online shooters. It’s got a lot of the Nintendo charm we all know and love, finding a massive audience, especially in Japan.

I decided to give Splatoon 2 a go while playing with a group of four friends to dominate the field. I was under the impression that having a group would result in more victories than if we were all paired with random players. After the mess of trying to get all of us in the same game, we all noticed something was wrong: Two of us were on opposite teams! 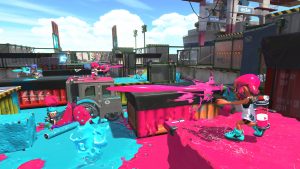 That’s right, there is no way to assure being on the same team with friends outside of Ranked games. The fact that this is still an issue is baffling; Even games over 15 years old allow for effective pairing of friends. I’m not sure if this is a deliberate design decision, but it puts a damper on the gameplay when a group of friends can’t be assured they will be on the same team with one another.

The issues don’t just stop there; Leading up to the point of playing a game, trying to simply match up with people on your friends list is a nightmare. It took probably 20 minutes for all of us to finally get into the same game. This was before we knew we wouldn’t be on the same team. Between being kicked out of the lobby, losing a team member, or the entire game crashing a couple times, we were beyond frustrated once we finally got a game going.

Throughout this ordeal we all were communicating via Discord, a text and voice chat app similar to Skype. The mere fact that we couldn’t communicate from within the game itself is also a problem. I know the Switch doesn’t have an elegant chat function within the system itself, but some games have a chat function built in, so players can bypass the clunky chat app on mobile devices. If Fortnite allows for in-game chat, I see no excuse for other developers to overlook this feature.

Unfortunately, even if all the aforementioned issues were patched, Splatoon 2 would still have problems. My biggest gripe is the lack of content. Sure, there is a pretty hefty DLC pack featuring the single-player Octo Expansion, but that doesn’t do anything for the competitive multiplayer portion of Splatoon 2. Outside of Ranked, there is only Turf War, the traditional Splatoon game mode that plays like tug-of-war. Even considering Ranked only has four game modes, it’s clear the content is lacking. You may be thinking, “Well, just play Ranked, then.” That’s not an unfair suggestion, however you must be at least level 10 to do so, making it difficult to keep those newer players around. The goal should be to hook (pardon the fish pun) you right away and if you can’t even play with your friends, it seems like a tough sell.

When comparing Splatoon 2 to common contemporary shooters like Battlefield, Star Wars: Battlefront, or Call of Duty, it’s hard to overlook the major difference in content. Some people may get mad at the comparison, but even though they differ in theme and aesthetic, fans may want the same amount of content across the board. Seeing various game modes in Splatoon 2 could give it the boost it needs to thrive in such a competitive gaming world.

The Gardens Between – Nindie Spotlight 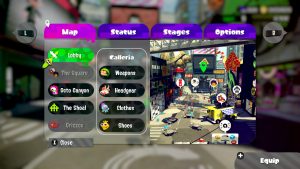 The team at Nintendo has been hard at work keeping Splatoon 2 updated with patches and small content drops here and there when referring to the online multiplayer portion (I know the Octo Expansion is awesome, but again, that’s single-player only). However, there are still major issues that Nintendo doesn’t seem to be prioritizing, which is a shame. Because of these issues, Splatoon 2 falls to a good rating, when it could be great.

I love the foundation and unique mechanics Splatoon 2 has to offer. I only wish the developers would address these issues, or at least explain why they aren’t prioritizing them; Perhaps the designers are waiting to make major updates once the Nintendo Switch Online service goes live next month. Regardless, Splatoon 2 still needs some work. And for the love of everything that is holy, please allow us to skip the intro banter from Pearl and Marina. I can only press A so many times before losing my mind.

Update For The Splatoon 2 Octo Expansion: New Song And Character!