It is Elli’s 600th birthday, she is the protector of the Crystals of Time. While Elli is enjoying her birthday surprise, the crystals are stolen. Now it is up to you to guide Elli on a journey through the lands of Mandragora to retrieve the crystals before her Birthday is over. The story is simple and not the most engaging ever.

Elli is a 3D platform puzzle game, where you have to jump, collect keys, solve puzzles, and use wizardry to save the world of Mandragora.

ELLI is a dream to play, she responds well with no input delay, but there are some problems. The camera is at a fixed angle making jumps harder than they should be. The camera pans around the screen on its own, the lack of camera control is frustrating, to say the least at times.

The biggest flaw is the throwing system. Picking up a block with Y, and then you can throw with X. When aiming a throw an arrow will appear showing the direction and the distance that ELLI can throw, to aim you have to press either L or R. Very slowly moving in that direction till you get to where you want to be. It brakes up the immersion and the overall flow of the game and doesn’t feel right here.

ELLI has all the generic puzzle actions, pull a lever, push a block, jump here, timed to get there. Some excellent ideas were not utilised enough; the magic staff could have had many more uses for example.

A small saving grace, however, is the environmental aspect of the game. There is plenty of traps and ways to die, fall off cliffs, spikes, fire and falling platforms and doing so the game breaks up the less than varied puzzle elements of the gameplay. If you do die, you will respawn at the stone at the start or a gong if you have passed one. There are plenty of these checkpoints so you will never have to replay too much of the game.

While traversing the self-contained rooms, green crystals can be found and also collected, as well as hat coins. Crystals are for buying cosmetic items, new shawls and new staffs, and believe it or not hat coins buy hats. Hat coins are hidden within the game and this creates a little replayability as you may want to find them all.

The soundtrack is pretty standard for a game of this budget, that is not to say it is terrible in any way shape or form. You can tell time and effort has gone into the music to make it sound different in areas, and suit what is happening. I liked it a lot, what I mean is there is no outstanding music, nothing will get stuck in your head. Overall it is playful and cute.

It’s the same for the sound effects, the Mandragora’s sound as if they out of a studio Ghilibi film. There are the jump grunts, the sounds of fire and braking stones. They are all very generic.

Visually the game is pleasing to look at, it gives you the sense of space while keeping you on a very linear path. For instance, in a cave, the backgrounds give off the impression that they are massive even though they are inaccessible. The models and animation are ok, ELLI looks by far the best.

The lighting is well done with the glow of the stones as well as indicators for puzzles. The caves again look stunning.

I found no problems with performance. It ran smoothly in handheld and docked. Load times between the rooms was acceptable.

At $19.99 USD, £17.99 GBP ELLI maybe slightly overpriced as a whole. It is nice to look at but the simple and overly repetitive nature of the puzzles does not make this stand out as a mid-tier priced Indy game to me and would be slightly disappointed if I had spent that amount.

Enjoyable puzzles if a little too simple

Summary Elli is a pretty standard affair, If you are looking for a simple Puzzle Platformer then this might be for you but I would wait for a sale as this is on the expensive side for a game that feels slightly too generic at this price point. There are some nice parts to Elli and it was a nice change of pace but the Eshop has so much competition right now that this is hard to justify at its current price point. 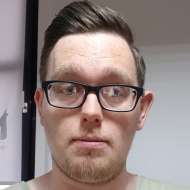