Not too long after launching a new game from the simple but effective main menu, you are guided through a brief story by the game’s mysterious narrator (who I must say has done a great job – very relaxing and well done!). Long ago in this fantasy world, there were 5 enchanted keys created, and it’s now your job to reunite them and unlock the secrets this land holds.

It’s all fairly brief and vague, and although it doesn’t make it entirely clear why the game’s action and gameplay unfold the way they do, it’s enough to keep you interested and make you want to jump in and see what you are going to experience.

For me, this was a real high point. The music is very dramatic and intense and initially, it seems far too intense in terms of matching the gameplay – but as the difficulty ramps up and things become more frantic it really suits the vibe well. These grand orchestral affairs are even more satisfying when you pull off those tense final shots to close a level and get out of a potentially sticky situation!

Everything here is fairly simple but this is by no means a bad thing in this case. The backgrounds in the game are nicely detailed and match up well with the names given to each stage. The colours are very vibrant and the marbles (or “orbs” as they are named in the game) look great and have a lovely satisfying sheen to them.

As you would hope the action all plays out at a very solid 60fps and looks very sharp in both handheld and docked modes. Load times are also very fast and it’s great to be able to play through the game with zero technical issues getting in the way.

As an added bonus there is also a colour blind mode option included for those that require it – orb colours remain the same but take on different patterns for each colour. I found these to look rather nice so left the option switched on during my play time.

The original Sparkle released in 2007 and this game continues the feeling found there and also gives me fond memories of playing things like Puzzle Bobble on my Neo Geo pocket and Dreamcast consoles. There is something very satisfying about this “marble shooter” genre, and in this case, the devs have really nailed it. The game sees you progress across a nicely drawn world map one stage at a time, coming one step closer to unlocking the secret keys as set out in the story. Interruptions to progress the story are in the form of narration and do enough without ever feeling long-winded or getting in your way.

The game controls very well and gives you a couple of options for how you’d like to go about the all-important task of orb shooting. This can be done either by aiming via the analogue stick of your choice (with the L button choosing which orb currently available to you will be shot) but in my opinion, the real enjoyment to be had here is by playing via the touchscreen controls that have been included.

This is fastest and most accurate way to dispense your orbs, and it really is satisfying when you hit your shots precisely. Matching up 3 of the same colour orbs will make them disappear – and there are also temporary power-ups called rune rewards which can help get you out of tense situations.

At various stages, throughout the game, you can also unlock permanent “enchantments” of which you can choose one to apply before each level starts. These do things like increasing shooting speed or making the level easier but last longer, and it’s a good way of adjusting things to suit your preferred play style.

There are 3 difficulty settings and 4 game modes on offer, so even seasoned players should find something to cater to their skill level here.

At $7.99 USD or £6,99 on the eshop the value here is hard to fault – you are getting quite a bit of game for your money. Between the various modes and over 90 levels on offer in the main game, you could potentially sink quite a few hours into this one.

The one noticeable omission is any form of local multiplayer or co-op play, and given the nature of the Switch hardware, this is the only real downer I can find with Sparkle 2 on Switch. 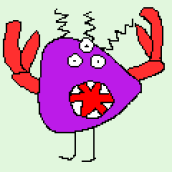 Eugene is a keen gamer - a lover of shooters, horror games and anything quirky. He almost loves studying games more than playing them and has earned the nickname "hawkeye" amongst friends due to his ability to spot slowdon before it even happens.

Wonder Boy: The Dragon’s Trap Gets Physical on Switch