You play as a monarch in a strange new land, its you and your trusty horse, you spot and  follow a ghost that looks suspiciously like the last monarch who gives you a couple of very simple steps and then vanishes.

Your goal? Simple – start a Kingdom in these new lands – survive, build a boat and move onto the next island where you do it over again at a higher difficulty with more surprises in store!

The game is purposefully vague with virtually no assistance, part of the charm is in the discovery in this rogue like, quirky resource management game.

The Audio like most of the game is subtle, as you traverse the lands the musical score changes as day turns to night and as you travel between forests and plains. The audio is there in the background, building the tension but it never becomes a focus. Your horse gallops and huffs when out of breathe, your archers bows ping and the Greed – the evil enemies make creepy sounds.

Visually this game is interesting, as a heavily pixelated 2D side scrolling game your initial impression is that the graphics are poor, play a little longer however and you soon change your mind.

Reflections and water effects are exceptional, the light and how it changes from day to night with the sun and moon rising and falling is stunning. The beauty is in the attention to detail, no single screenshot of the game will make it shine – its in the small details and changing of the environment that makes you notice.

As you travel across your map you get a sense of your kingdom and its scale, as time passes it evolves as the structures you build and the seasons take their toll.

This game lives by a simple set of rules that turn into surprisingly enganging and engrossing play.

You only have two interactions – move and give out coins, the first is done exclusively on your mount and you can choose to run (though you will run out of breath quite quickly). Coins let you hire vagabonds and then purchase the tools to turn them into one of the games classes and also let you build structures.

Your goal is to build you kingdom whilst defending against waves of enemies – a bit like a tower defence game, during the day your kingdoms subjects will go out and fulfil their class roles – archers will go to the edge of your kingdom which is defined by the furthest wall you have built and hunt for food in the day and defend your kingdom at night.

Farmers will go to the nearest farm and plant and harvest during the day, heading back at night – upgrading you farm will allow your farmers to harvest through the night resulting in more coin.

Builders will head out and build at anytime – you quickly find out building and having the structure finished before nightfall is essential.

Like any good resource management game its never as simple as it sounds!

Chop down a tree and the camp where you recruited for your subjects is gone, leaving you with a lack of fresh recruits.

You will die, a lot.

In one of my early goes I decided to be conservative, I took my time to expand my borders, I built up as many farms as possible and recruited a large number of peasants into my kingdom, the days past and I felt every bit the monarch I was – the enemy waves were getting progressively tougher but I had it covered, I was set for the long haul…. and the winter came, after a certain number of days winter sets in and your farms can no longer produce crops stifling your income. With the enemy attacking and picking off the odd archer here and there by taking their bow I found myself with no income unable to replace them and slowly becoming weaker.

The game plays like a stripped back 4x game, its randomly generated and you must explore, expand, exploit and later on – exterminate.

It took me over 8 hours to complete the first island, as a result doing so felt like a massive achievement – progression is slow and each decision has consequences, none of which are explained to you leaving you frustrated but ultimately satisfied when you do eventually succeed.

The Switch adds portability to this game which suits it, I found myself playing this on the train, headphones in. It is not a casual game – its one in which a small slip up such as running your horse for too long then not being able to escape the enemy leads to death. The delight is in the small discoveries such as stopping your horse over grass to have them quickly regain their stamina.

This version offers nothing new over other iterations of the game, its the same game which people have played and loved for a number of years. it has the portability like mobile game but the experience is better on the Switch due to its controls, on the TV the world looks lovely and bright.

The value here is in the difficulty and discovery combined with randomisation. Most who progress through to the last stages are unlikely to play through again – though they would have had to spend a lot of time getting that deep into the game.

Summary Still a fantastic game, this one is definitely unique and ports very well to the Switch. Its a bit of a shame to see no new features with Kingdom: New Lands. If you have not played the game before its a no brainer, if however you do own this game on another platform its hard to justify the additional outlay. Overall a subtle and yet wonderful game. 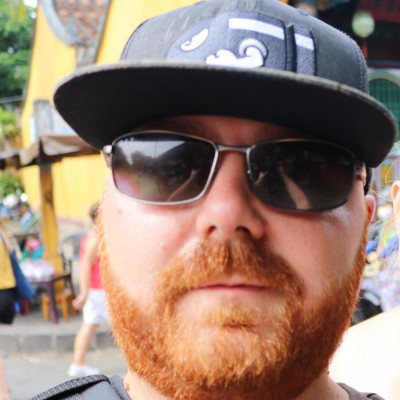