Voxelgram is developer Procedural Level’s attempt at filling a gaping Picross 3D sized hole in the Switch’s lineup. There’s an abundance of regular ol’ picross games to choose from, ranging from the Picross S series’ polished simplicity to Murder by Numbers’ text-heavy adventure spin on the formula. That being said, there are a whopping total of two games to choose from for those looking for the 3D variant- Picross 3D and Picross 3D: Round 2. Voxelgram looks to add one more game to that lineup. Does it match up to the games it takes inspiration from? Or does the whole thing fall flat?

The game doesn’t have a narrative, per se, but it does have some charming ideas that give the puzzles a greater sense of context. Each puzzle starts with a cube that you slowly chip away at through a process of simple deductions. Eventually, what’s left is revealed to be a small sculpture of some kind of object. This was true of the Picross 3D games as well. In a cute touch, each of the sculptures is then placed in a small diorama. What starts out as a room full of boxes of different sizes is revealed to be a themed scene as you clear one puzzle after the next. The added context and sense of progression are great additions, and one of  Voxelgram’s strongest additions to the formula.

This is where Voxelgram shines. Not to get too ahead of myself, but the presentation isn’t anything to write home about. If you’re playing this game, you’re playing it for the puzzles, and I’m happy to report that they’re excellent. Smart options like the ability to look at the puzzle one layer at a time, a handy ruler, and undo and redo buttons help the game play about as well as it realistically could on a controller. The game also supports playing via the touchscreen, and it works just as well. In general, moving the camera around and selecting which layer you want to interact with can feel a bit finicky, but otherwise there isn’t much to complain about.

In another deviation from its inspiration, Voxelgram doesn’t utilize time limits. It still tracks the time to completion for each puzzle, so perfectionists can work at lowering their best time, but the lack of pressure leads to a much more relaxed experience. Couple that with the option to have wrong moves automatically highlighted without penalty and you’re left with a much more inviting game than those that preceded it.

Lovely new classical pieces accompany the relaxing, thoughtful gameplay and fit like a glove. It won’t be to everyone’s taste, but option sliders for sound effect and music volume let you tweak the audio experience to your liking. This is almost the very definition of a “podcast game”, but rest assured that the audio suite included is quite pleasant. Simple clicks round out the sound design, and while they’re not my favorite, they’re inoffensive.

The game runs without a hitch. The cubes themselves have a pleasant, soft shading to them that can be surprisingly pretty for such a simple aesthetic. Everything is always visually clear and easy to read, and the UI does a good job of being informative and smartly laid out.

If there’s anything I can critique, it’s the presentation of the menus. They’re absolutely functional, and never confusing, but visually they’re a bit ugly. It mostly comes down to color choice, and indeed the entire game has a strangely muted, unappealing color scheme. It’s not the end of the world by any means, but some more vibrant colors would have done the presentation a big favor.

This one’s an easy win. 196 puzzles is nothing to sneeze at, especially for the eight dollar asking price. On top of that, in a post-launch patch, procedurally generated puzzles were added to the game, resulting in a never-ending slew of content. You can pick six different sizes of three different variations of puzzle, each generated fresh each time, adding immensely to the game’s value proposition. Honestly, at this price the game’s a no-brainer if you have even a passing interest in Picross, 3D or otherwise. 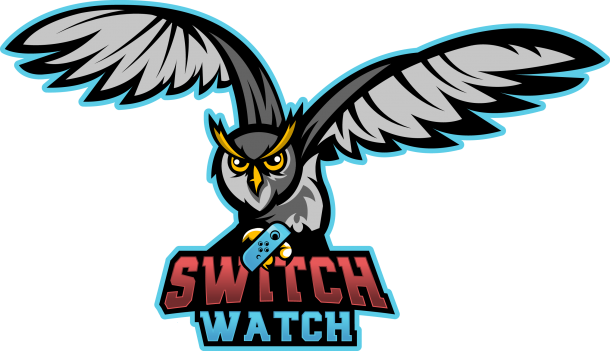 Join our mailing list to recieve a monthly email about everything Nintendo Switch related to stay Switched-On!

You have Successfully Subscribed!