Nintendo has released their eShop deals for Black Friday, which last all the way through to Cyber Monday, too! We’ve summarised all the advertised deals, below. You can find them in descending order from $60 all the way down to $5. Don’t see the game you wanted on sale here? Don’t worry, there are far more games reduced on the eShop, so we advise having a look on there yourself.

Unfortunately, the Black Friday deals advertised by Nintendo only show American and Canadian prices. Those of us in Europe have a different selection of games on sale, and we’ll release a separate article for that. The Switch is also region free so you can buy games from other countries’ eShops, if you’re desperate for these deals!

Need some help deciding? SwitchWatch has you covered! We’ve added links to our written and video reviews to help you find the best Black Friday deals. 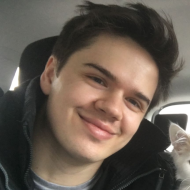