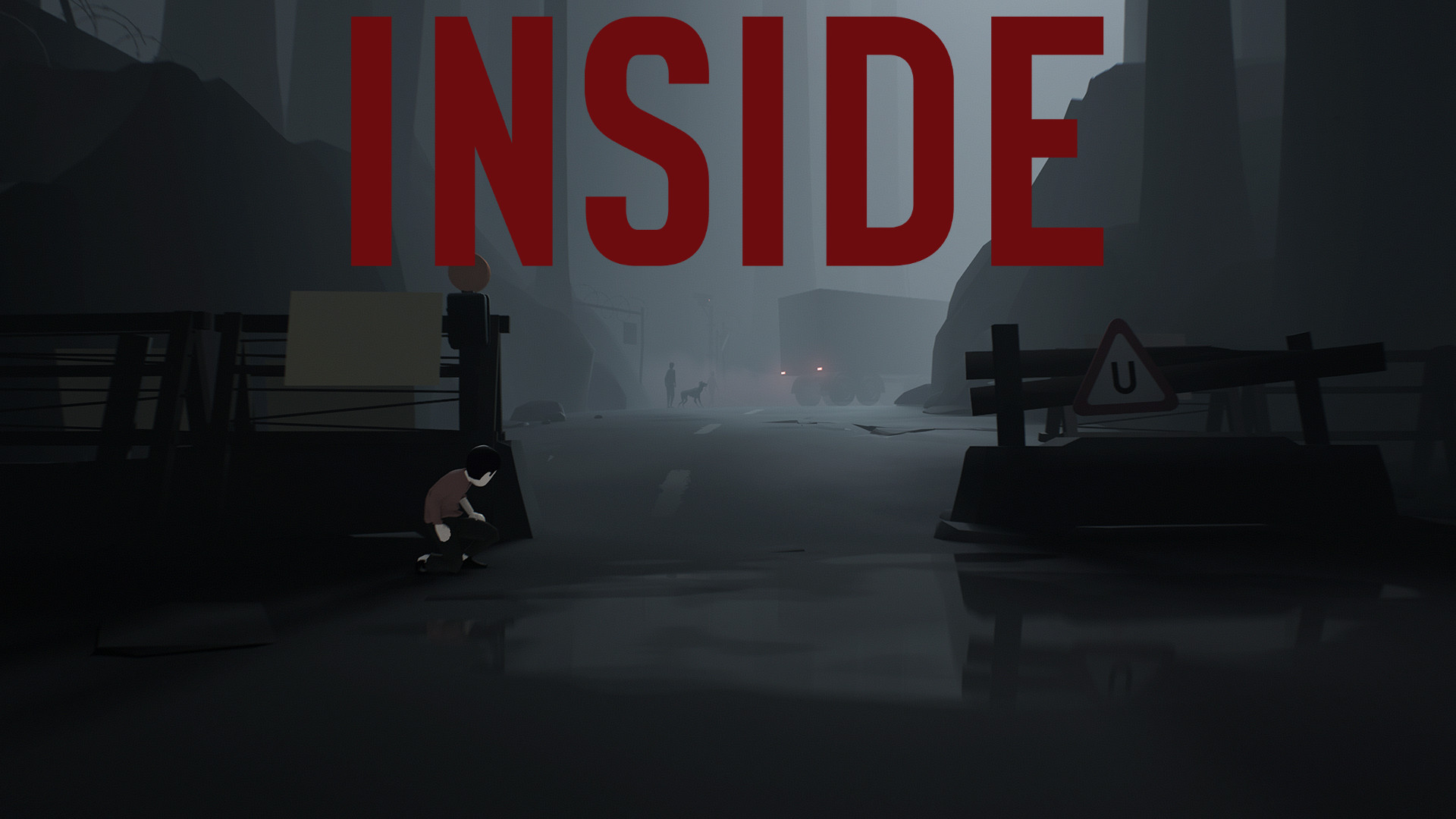 Inside Switch Review by SwitchWatch

There’s a special place for experiences that prompt me to scour the internet for fan-theories or explanations for what happened. That’s exactly what happened with Inside, Playdead’s successor to Limbo. Inside had big shoes to fill, and for good reason; Limbo is one of the most beloved Indie games of all time. How does Inside stack up? Very, very well. 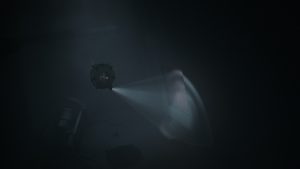 If you like having to “earn” a game’s story, then you’re in for a treat with this one. There is no voice acting (save for grunts and yells), no dialogue, and no writing of any kind. That means all of the narrative is told through visuals and environmental storytelling. That may not be your cup of tea, but to those who like figuring things out and piecing together to make sense of everything, this rewarding experience will be right up your alley.

Seeing as how cryptic the plot is, I cannot give a definitive synopsis and in attempts to avoid spoilers, it’s best to play it for yourself. What I can discuss is that events that unfold take place in a dystopian world controlled by the government. In attempts to control all of its inhabitants, the government has brainwashed anyone they find and do so in an inhumane way. The character you play as, an unnamed boy, travels to a weird laboratory/factory and infiltrates it, hence the name Inside. Once inside the lab, lots of things happen that add up to a fascinating, albeit dark story. Various topics like mind control and technology are covered, leaving you feeling like ten hours’ worth of content occurred in just two.

The way the pacing is set up is ideal, as I never found myself getting bored with an area. Even if I started getting used to a particular section, a new area or mechanic would be introduced. That’s the beauty of these shorter Indie games; so much happens in such a short time with varied experiences littered within.

Admittedly, I had high standards for Inside’s gameplay, due to the developer’s pedigree. What Playdead achieved with Limbo’s gameplay was nothing short of excellent. Inside has many of the same mechanics, but feels a bit more forgiving, which was one of the only criticisms of Limbo. Inside will test you with smart puzzles, engaging platforming, and many head-scratching instances that require thinking outside the box.

Without spoilers, certain puzzles require you to take control of other characters, which make for some great moments. These sections pop up frequently and ramp up in complexity, fast. One of the more stand-out moments for me occurred in a giant room with multiple floors, an elevator, and an overwhelming sense of scale. Upon arrival, my heart sank because I was sure the upcoming area would be difficult and tedious. Much to my relief, though, I was met with a straightforward, yet satisfying puzzle that didn’t frustrate me at all. I love this moment because it throws out the misconception that large scale puzzles need to be overly complicated and obtuse.

Beyond that, there are numerous instances where it seems like thoughtful revisions of traditional gameplay tropes are implemented into the design. What’s brilliant about this is that it puts a spin on the traditional mechanics for games of this genre. So many games’ design decisions are arbitrary and I love that Playdead made that realization. Instances like running around a fence to bait and switch a group of dogs to pry open a door, or using a rope to quickly get to the opposite side of a room to effectively lure an enemy away from the exit are memorable, to say the least.

It doesn’t just end there, though; there is a moment around 4/5 through that completely turns Inside on its head. I remember thinking, “What even is this game?” I love it when developers take a chance and do something different. 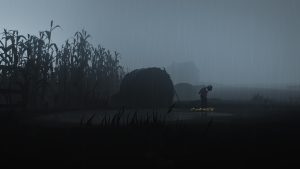 It’s intriguing when elements of the sound design are tightly integrated into the mechanics, which Inside pulls off, beautifully. Just like its older brother, Limbo, Inside doesn’t have overpowering music and that is a purposeful decision. Most of the sounds are from in-game objects, helping you overcome difficult areas by listening to audio cues.

When there is discernable music, it helps establish a tone and a sense of atmosphere that instills the feeling of dread and mystery. I’m glad the music is subtle because, although this is set in a fictional world, many of the elements are believable, but having a fantastical soundtrack might take away from that.

The precise grouping of subtle music and in-game sound design is one of my favorite parts about Inside. 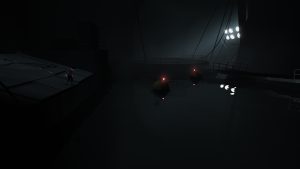 Probably the weakest part of Inside is with its visuals. Please don’t take that the wrong way-the visuals are great, but other aspects are way more of a selling point than the visuals. Still, the art is beautiful, and I appreciate that all the characters are faceless.

The lack of faces is great because it adds to the creepy-factor and makes it easier for you to put yourself in the roles of the characters. Also, it was probably less work on the developer’s part, so kudos to them for finding a shortcut.

Some of the animations are breathtakingly stunning, like when the boy jumps. Despite having a simple color scheme and no face, the animation introduces such believability that my mind was convinced this was a real person. The way his arms and legs flail about is impressive, but unfortunately this aspect will probably get overlooked.

My gripe is that because of the muted colors, things tend to blend together and may be easily missed. Compared to Limbo, this is a notch down in the visual department. I guess that’s what happens when a team knocks the art out of the park on their first game; the second one may suffer by comparison.

Still, Inside isn’t ugly. The visuals just aren’t the best part, which is fine. 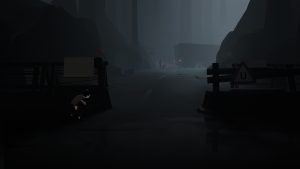 Just like many Indie games, this may suffer due to its price-point. I personally think that $20.00 is totally reasonable, but some people may think that a two-hour experience should be priced differently. Perhaps it depends on what you value. If you’re a fan of weird, dystopian puzzle platformers with an eyebrow-raising ending, then Inside is for you. If you want a game with more replay value, then perhaps wait for a sale to pick up Inside for your Switch.

Inside is coming to the Nintendo Switch