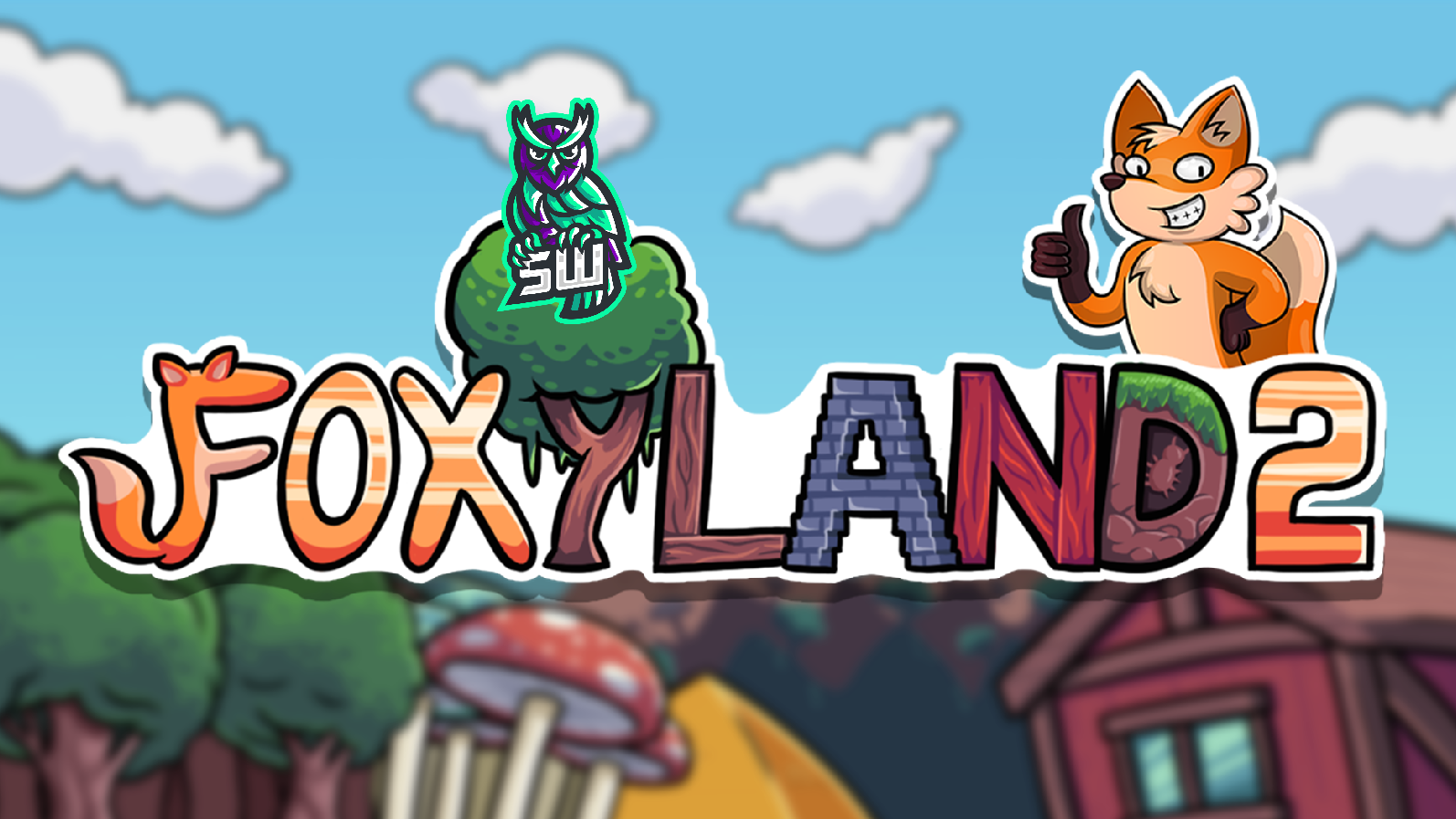 FoxyLand 2 is the sequel to the adorable FoxyLand, but instead of saving your girlfriend, you are tasked with saving the pups this time around. It is up to Foxy and Jennie to rescue their puppers from the mean ol’ Wolfie brothers. Is this a cute journey worthy of your time and money? Well, let’s find out! 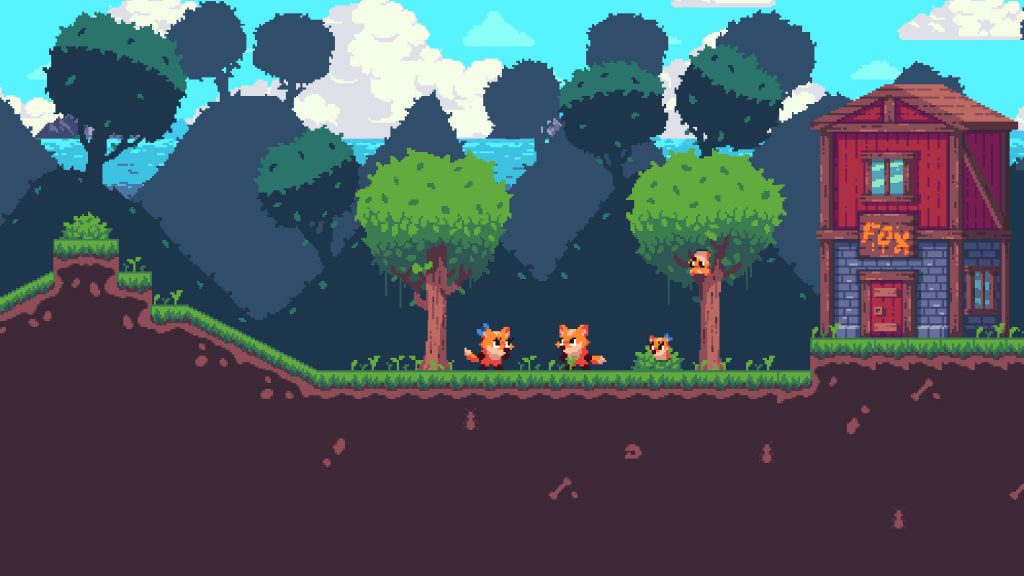 The story in FoxyLand 2 is very generic, but it serves its purpose. Foxy and Jennie travel through numerous stages searching for their two children while fighting off various enemies and ultimately the Wolfie brothers. Along the way, you will meet various side characters that help expand the universe, but they do not really serve much of a purpose outside of giving you a place to rest.

Stages are set up similarly to Super Mario World in that you need to complete a certain amount of stages before arriving to the area’s boss stage. After completing the boss stage, you continue on to the next area. Rinse and repeat.

It is a cute little world with some charming characters, but the story is lacking some oomph. It was just really hard to get invested in the journey and want to tackle so many stages to save the pups. 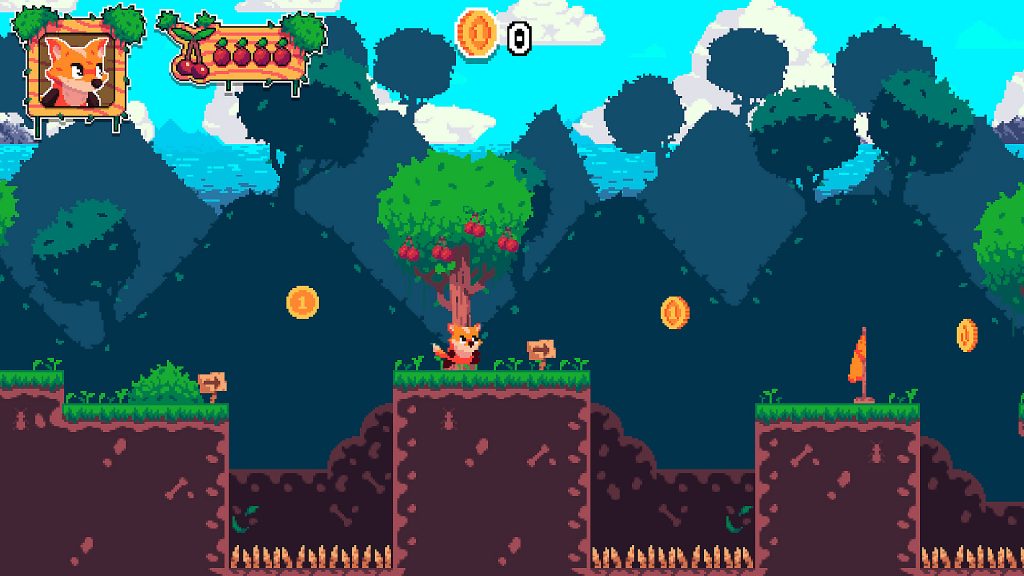 FoxyLand 2 controls and feels a lot like a 2D Super Mario game. You can jump. You can stomp on enemies. And you collect small coins and three large coins per level. Unique to Foxyland is the ability to collect cherries and throw them at enemies to damage them or at coins to collect them. It all feels both new and familiar.

However, FoxyLand 2 struggles a bit in regards to its platforming. Some areas expect you to collect large coins in obscure places. It is not that it is impossible, but since the platforming can be both sticky and finicky at times, the most mundane and normal platforming tasks can become incredibly frustrating. I really struggled with ladders in the game. To be honest, some of them seemed completely unnecessarily and just made the jumping more difficult. Jumping while under or near a ladder, for example, would cause you to attach to the ladder, whether you wanted to or not.

FoxyLand 2 also includes double-jumps and wall-jumping as part of its repertoire. The double-jumping feels really good for the most part, but the wall-jumping is either a hit or a miss. It can be especially frustrating when you need to wall-jump around spikes and Foxy/Jennie just casually slide down too fast and ruin the trajectory.

Boss fights were a mixed bag as well, in my opinion. Since you cannot take any damage, the room for error in the boss fights is nil. Once you figure out the rhythm to any of the boss fights, though, they really turn out to be super-fun. It is just getting to that point that is a bit annoying and frustrating. That is kind of the feel for all of the gameplay, honestly. 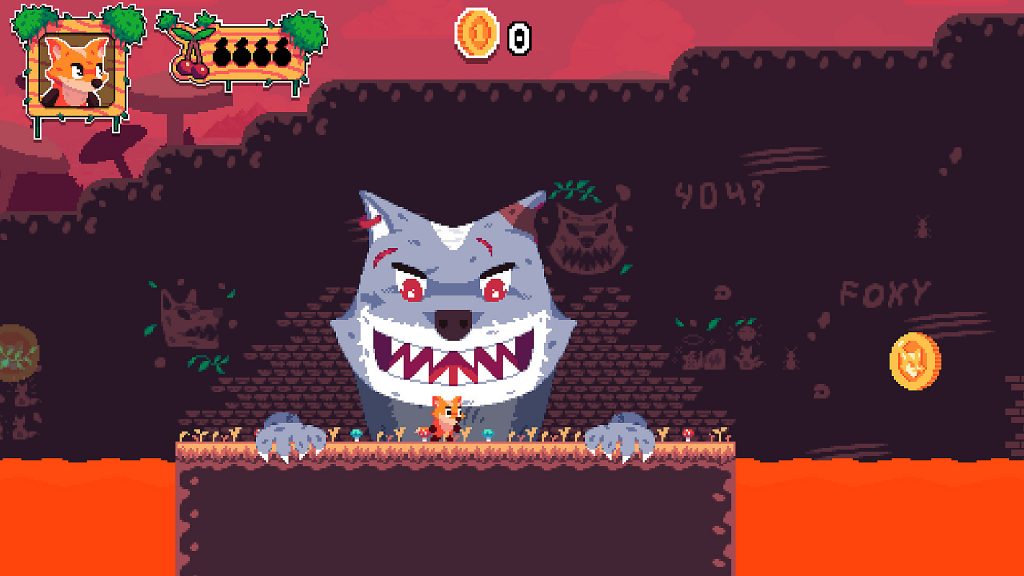 One of FoxyLand 2’s charming points is both its music and sound effects. I absolutely loved the chiptunes throughout the entire game. From the menu to the world map to each unique area, the music was just lovely to listen to and really made the experience more enjoyable.

The sound effects are also top-notch. You can tell that the creator put a lot of love and heart into the sounds of the game. The clear influence from 16-bit era platformers is fully apparent, but FoxyLand 2 sounds like FoxyLand 2. That is a huge strength. 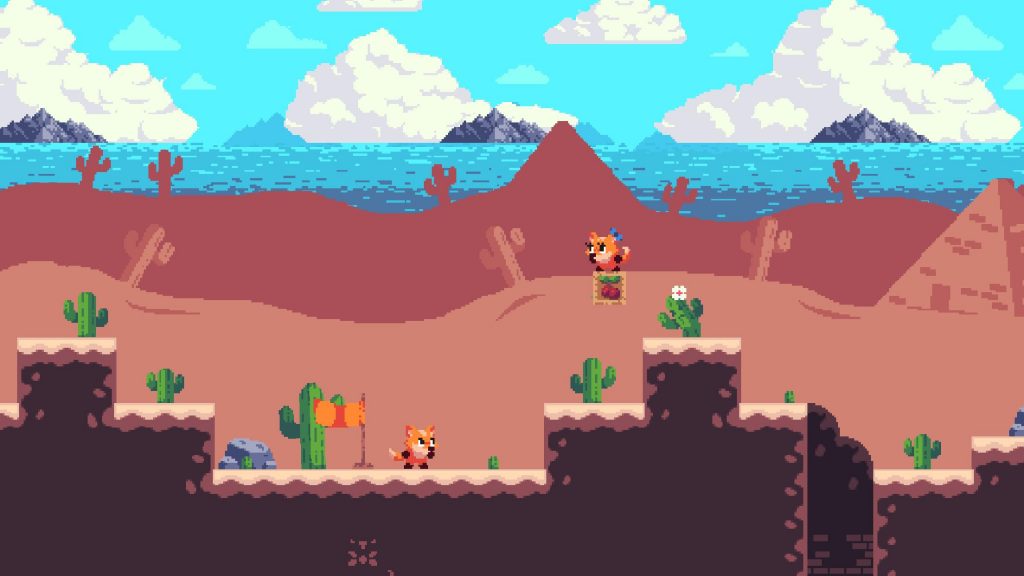 The audio is great, but I think FoxyLand 2’s strongest point goes to its wonderfully cute and charming visuals. The pixel art is beautiful throughout, and each new environment is oozing with detail and personality. The models for each of the protagonists, all of the enemies, and even the bosses look fantastic and give the world so much more flavor.

There were zero performance problems, and the fact that FoxyLand 2 is a humble 39MB in size, it is amazing the amount of content they fit into this little package with no technical problems whatsoever. It is really a testament to the skill and strength of the development.

Despite FoxyLand 2’s frustrating-at-times gameplay, I think the asking price is spot on. The game offers a ton of gameplay and enjoyment. There are 40 levels to explore, single and cooperative play, and there are even secret flags spread across the game to find secret stages that provide an extra challenge.

It may not be the perfect platformer on the Switch, but on a budget, this is an easy recommendation. At full price or at a discount, FoxyLand 2 has my blessing. If you enjoy platformers, this one will keep you busy for a while. 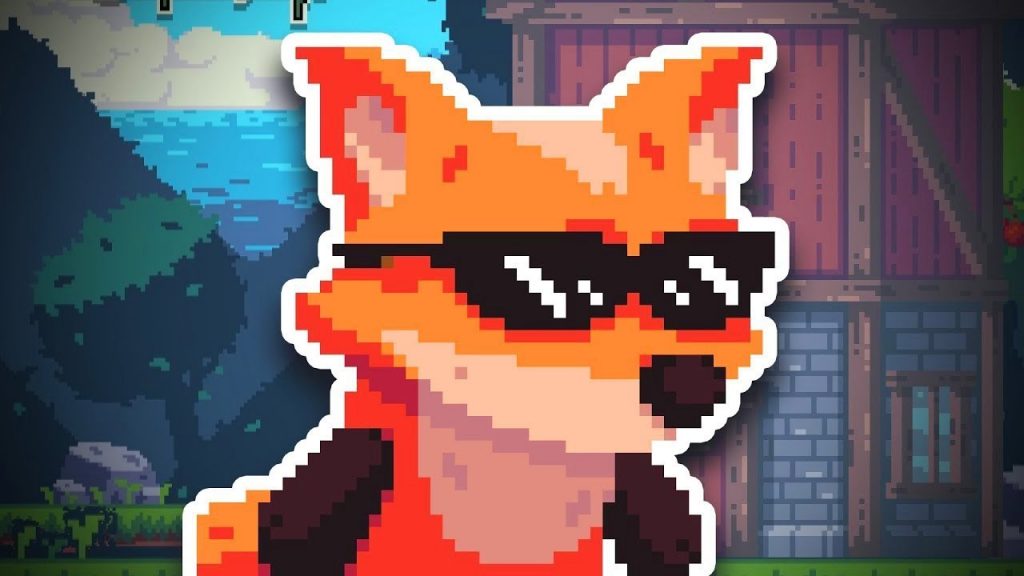 FoxyLand 2 is a great little budget platformer. The wonderful music and beautiful pixel art are worth the asking price alone, in my opinion. It boasts a lot of stages to play, fun co-op, and lots of secrets to find.