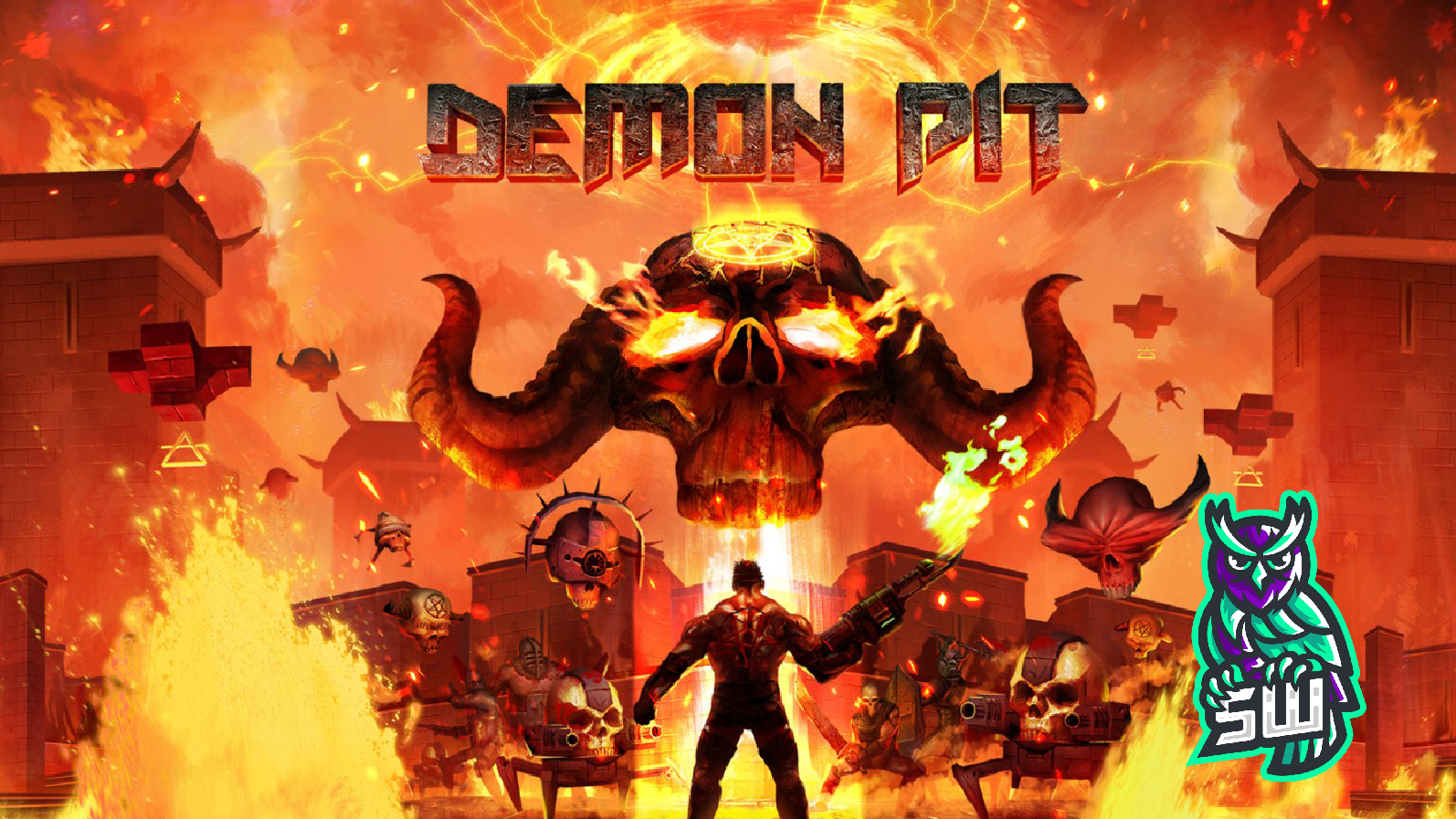 Demon Pit is an arena first-person shooter that feels so much like Doom that it is hard not to compare. It is frantic, fast-paced, and a nonstop thrill ride, but do I really want to go to hell once again? How many demons do I have to kill in order to find salvation? Well, let’s find out, shall we? 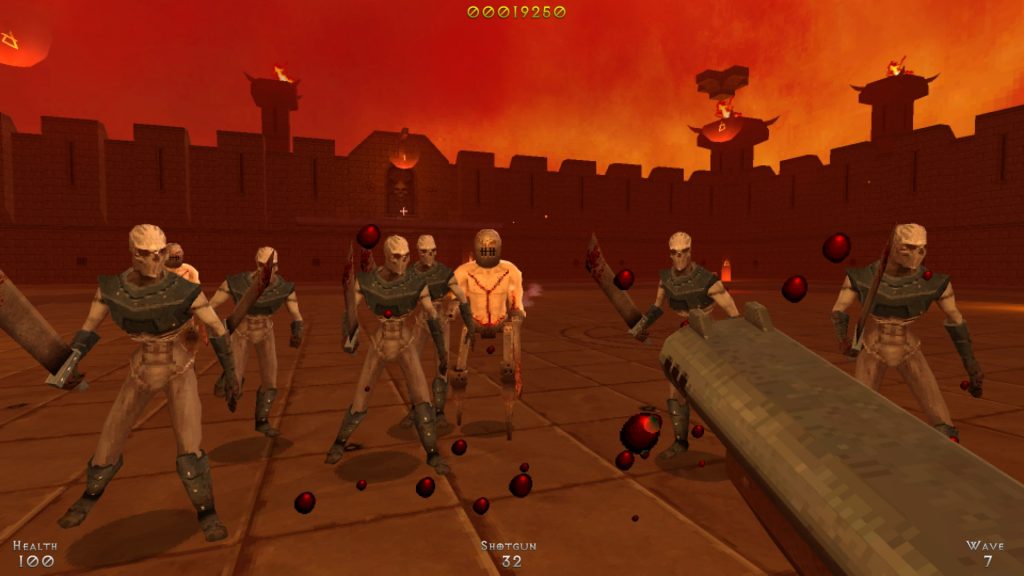 “Arise Demon Hunter. It is time. The years you spent slaughtering demon-kind in the mortal world did little to cleanse your soul. Your sins have been laid bare and you have been judged. You are damned for eternity. The pit awaits!”

Well, that sucks. I guess no matter how much good we did on earth, we were doomed to eternal damnation anyway.

In regard to story, this is about all we get in Demon Pit. It is your basic hell-themed scenario, but since it is an arena game, there is no actual story mode. You are just pinned up against wave after wave after wave of demons wanting to feast on your flesh. Looks like you are just stuck in hell. Sorry.

Demon Pit does a fantastic job recreating the look and feel of old-school shooters. You play as the Demon Hunter, and you start off each session with 100 health and a pistol with unlimited ammo.

Like with any arena shooter, wave after wave of enemies continue to swarm towards you. The starting wave is simple and few, but each passing wave of enemies gets fuller, faster, and more terrifying.

Thankfully, you also slowly upgrading yourself with each passing wave. New guns and more ammo are distributed as you continue to progress, and slowly-but-surely you become a much stronger and more threatening Demon Hunter.

The game moves fast. The kind of fast that made the original Doom and games like Quake so popular. This can take some getting used to, but it is a ton of fun speeding around the arena blasting demons with various guns and grappling to upper ledges.

Wait. Did I say grapple? 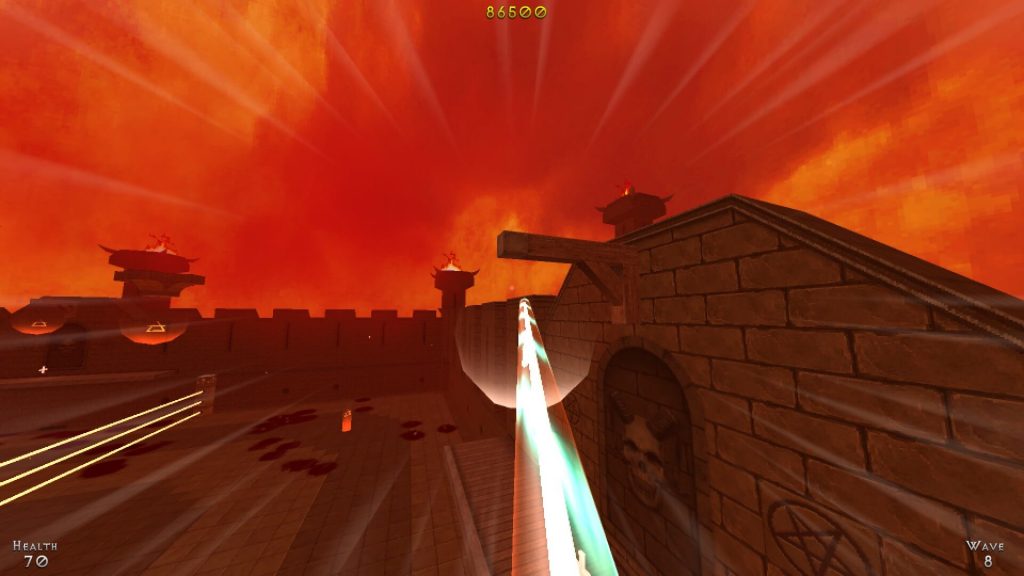 Yes I did. One of the best things in Demon Pit is that the Demon Hunter is equipped with a grappling hook right from the get-go. It makes that fast and frantic movement even more fast and frantic. Flying through the sky to avoid certain demons only to fly into another set of demons is a hell of a lot of fun.

And it controls really well, too. Demon Pit does very little to introduce you to the evil coming your way. However, in Super Mario Bros fashion, the very first wave is simple and allows you to learn the ins and outs of the game with little threat. It made for a quick adjustment, and before I knew it, I felt like I was killing demons like a pro.

Demon Pit is one of those games that will grab your attention for short periods of time, but those short periods are going to be a lot of fun!

The sound in Demon Pit is nothing to write home about. It is a simple combination of hard rock synth, demonic sounds and screams, and guns firing.

It all fits perfectly well with the look and feel of the game, but it just does not hold the same weight as the gameplay. 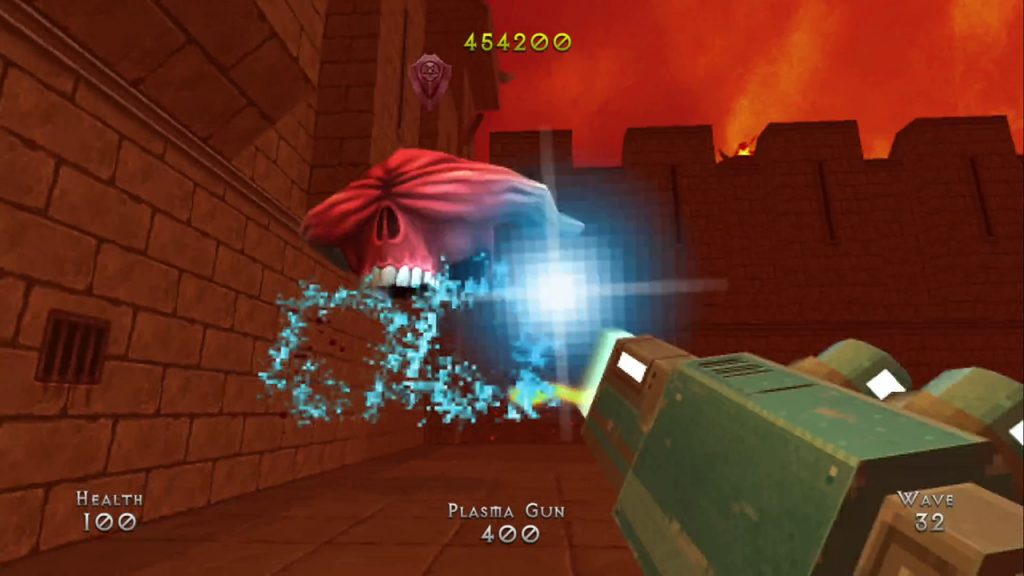 Demon Pit looks great! It feels and looks so much like the fast-paced first-person shooters from the 1990s that it feels like you have been teleported to that era. Despite the speedy nature of the game, there are no lag issues or performance problems. Demon Pit runs smoothly through all waves, whether that is three enemies on screen or twenty.

It is difficult to judge the graphics because of the direction they wanted to go. Of course they look nostalgic, but it is a reminder that things look a lot prettier these days. To put it bluntly, first-person shooters from the 1990s did not age very well, so it seems like a poor visual direction in my opinion.

Despite that, the team did a great job making it look like one of the games of old, and I commend them for that alone.

For what it is worth, Demon Pit seems slightly overpriced for what you are getting. There is simply one mode of play, and you are expected to just keep playing that same mode over and over again to achieve higher scores. Because of this, it lacks replay value and does not offer a whole lot of bang for your buck.

If you love the 90s era of first-person shooters, then this might be for you. If you are hankering for an arena first-person shooter on the go, I can definitely say this is a lot of fun and worth a look. But at that $9.99 price tag, I cannot help but recommend waiting until a discount hits on the Switch eShop. 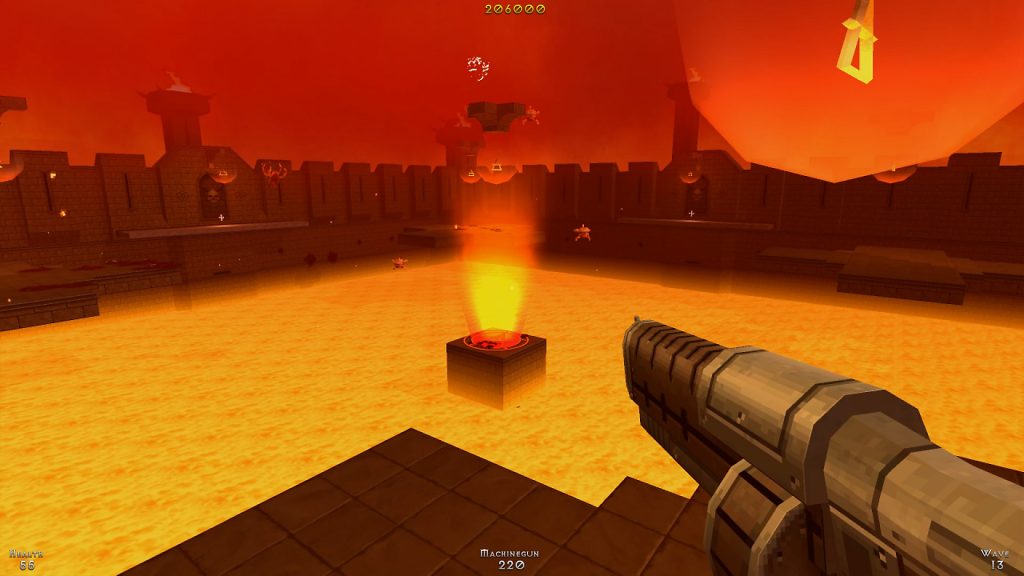 Demon Pit is quick fun and a great nostalgia trip of sorts, but it lacks any real reason to keep coming back. It hits a lot of the right buttons, but it is hard not to weigh the amount of content with the price they are asking. It really is a fun game! A lower price would just take that sting off a little, though.

A bit overpriced
Only one mode of play
Lacks replay value