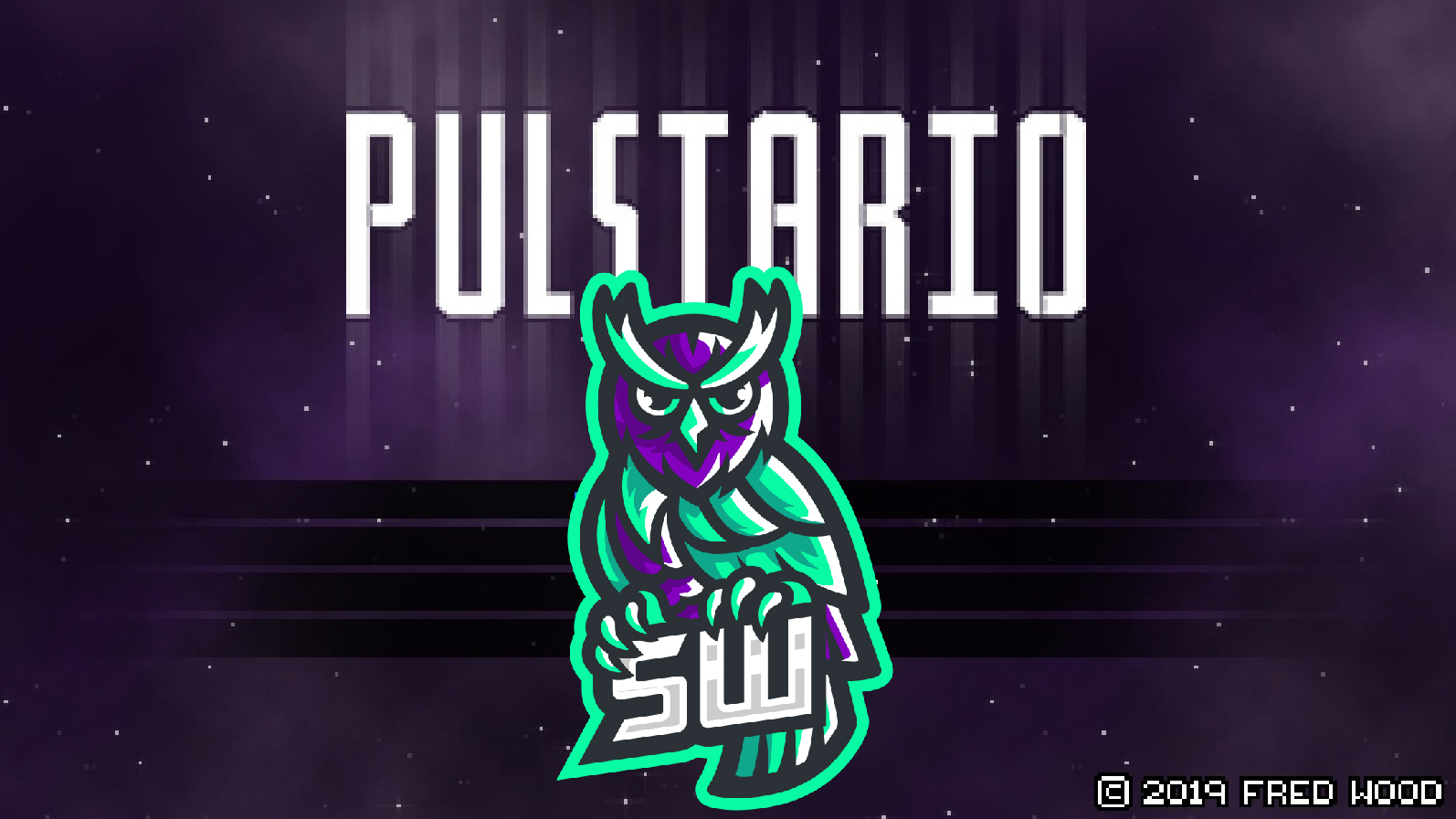 Pulstario is the third game developed and released by independent developer Fred Wood. It is a nugget of a game. In that I mean it is small, but it packs a lot in such a little package. My name is Jason from SwitchWatch.co.uk, and this is my review of Fred Wood’s Pulstario!

There is not much to say about the story for Pulstario outside of what the developer shared. You control a small spaceship known as the Pulstario. Your goal is to collect lost souls scattered throughout the galaxy and bring them to the great beyond. There is much of nothing in the game itself that alludes towards this, but it is something nonetheless.

The story exists simply for the sake of existing, so there is not a whole more more to say about it. 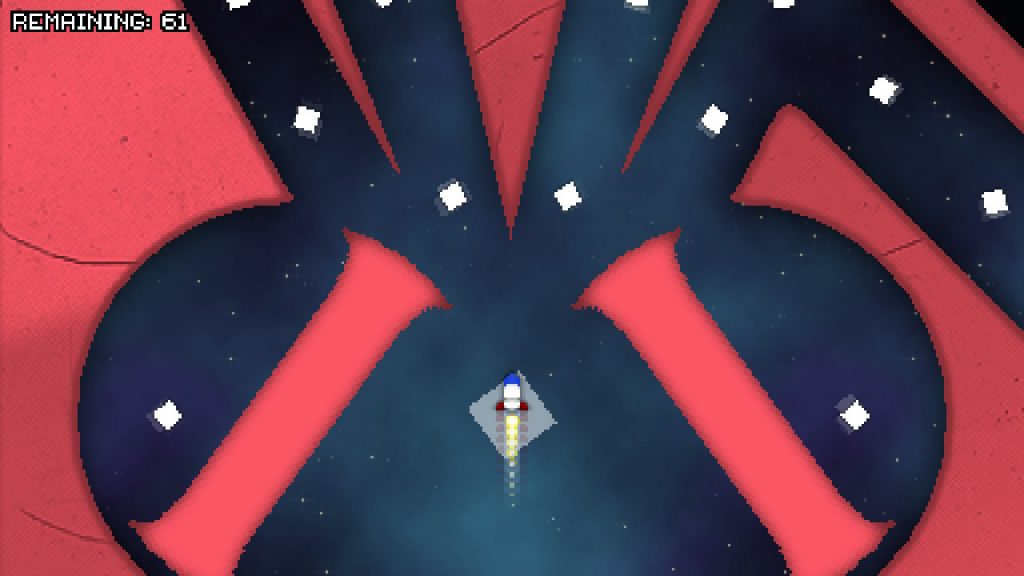 Controls in Pulstario are simple. You are able to tilt the ship left and right in a circular motion using either the joystick or the d-pad. You can boost with the A button or either the L2 or R2 buttons. And slow down time has been mapped to L1 and R1.

At first, controlling the ship is strange and difficult. However, this lasts for only about 30 seconds until you begin to understand the swing of things.

You navigate your ship through stages collecting square blips. Each proceeding stage becomes more difficult than the previous in what feels like a healthy and fair way. Even in Unlimited Mode, a game can easily be cleared in under 20 minutes. But that does not translate to lacking or boring. Quite the contrary, Pulstario is like an old-school arcade game where the goal is to repeat play until you can clear without dying or without using slow time.

There are multiple game modes that also help mix up the gameplay. Unlimited is what everyone should start off with, as it provides unlimited lives and unlimited slow time. Arcade and Challenge set you up with limited lives and offer more difficult tasks. Speedrun, as the name implies, is clearing the game as quickly as possible without dying or slow yourself down. Finally, there is Level Select which allows you to practice each stage individually.

Slowing time essentially just makes boosting and navigating easier. It is recommended at the beginning, but it is expected to gradually pull off the slow time with improvement.

Pulstario plays strong, controls really well, and it a quick burst of fun.

The soundtrack is provided by Retfoniq, and it is track after track of bangers. The very first thing I commented on while playing was the background music, and my daughter and I just danced to it for a good couple minutes before I actually began playing. It is solid and goes quite well with the simple gameplay.

The sound effects are all serviceable and provide the audio that they need. Overall, great tunes.

Pulstario has an old vibe about it within its graphics as well. Unfortunately, the degree between pixelated and smooth was unsettling at times. Some of the level designs were hard to look at because of this. The ship and the collectibles look great, so it was also weird to see the more active things on screen look prettier than the still objects.

The game runs smooth, though, and there is no apparent lag in control inputs. 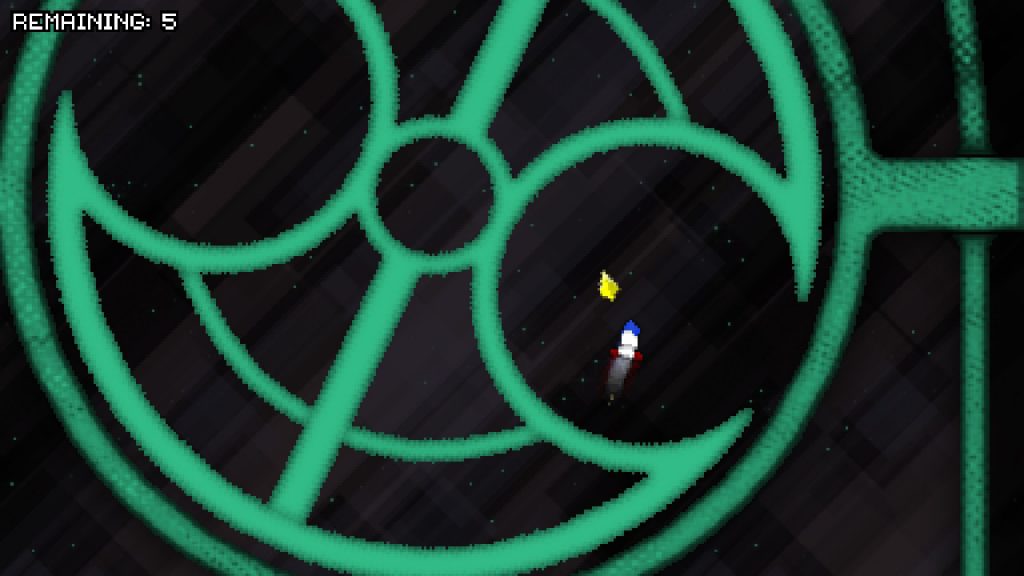 Pulstario costs as much as a standard mobile app and offers a considerable amount of gameplay for the price. There are 11 unique stages plus 5 more unlockable stages. There are 14 achievements to aim for, as well as 14 different ships to obtain.

Considering all of that content in addition to the various game modes, Pulstario offers a grand amount of fun gameplay for the cost of a candy bar. If you are up for a quick little change in your gaming, this is a lovely little treat to enjoy.

Pulstario is a great little title, especially for the price. Although it lacks in certain areas and made some strange art decisions, the gameplay is solid and the soundtrack is top-tier. For a dollar, why not?

Strange art choices
No story, despite advertising a story of sorts