The year was 2006 when I married my lovely bride. One of our wedding presents was a new PC, and at the time, that little machine could play practically anything on the market. We were both fantasy nerds. Especially for the high fantasy of the Dungeons & Dragons universe, so we wanted to put a game on our new computer that reflected our preferences. It was then that we discovered the original Neverwinter Nights for PC.

Years have passed, and we have since moved on to other games. But the memories of the hours spent on that title have never left us. Imagine my surprise when I found that all of the original D&D PC games were being ported onto console, specifically the Nintendo Switch. After generously being provided a key by Beamdog, the studio behind this restoration, I could not wait to enter into the Forgotten Realms and defend Neverwinter once again. The experience, however, was quite a bit different than what I remember.

Welcome to SwitchWatch.co.uk, and here is my review of Neverwinter Nights: Enhanced Edition for Nintendo Switch.

This story takes place far from the reaches of Bauldar’s Gate and the frosty halls of Icewind Dale within the isolated city of Neverwinter. A terrible plague known as the Wailing Death has come upon the city, and its inhabitance are reeling under the weight of its vile sting. Lady Aribeth, the guardian of the Neverwinter, has entrusted you, her champion, in finding the cause of the plague and recovering the means to fight it. Of course, the plague is only the beginning, as nefarious forces rally together to bring not only Neverwinter to ruin but the entire realm as well.

For fear of giving away too much about the narrative, it must be known that the story in this game is top-notch. That is no surprise considering the lead writer was Drew Karpyshyn, the same man who wrote multiple Forgotten Realms novels and the stories for Jade Empire, the Mass Effect franchise, and Anthem. The narrative in Neverwinter Nights has all the twists and turns that you might expect from a game with this pedigree. And adding the freedom of choice makes the story all the more interesting. Then again, that is what you can expect from a BioWare RPG.

I am always skeptical to see how a PC to console port works for players. Those of us who are old enough remember the dumpster fire that was the StarCraft port to the N64. Technology has been able to keep up with the times, so PC games are able to make the switch over to console much easier nowadays. But that does not mean the ports are perfect.

This game, like many BioWare titles, puts a lot of emphasis on player choice. Like any successful D&D campaign, the creation of a character is key, and Neverwinter Nights allows you to fully customize your character in a wide assortment of ways. You can choose their sex, race, class, specializations, stats, and even their base alignments (Lawful/Good, Chaotic/Evil). You can also customize the look of your character and choose his/her deity.

The customization does not end there, however. The best part of this game is that your choices will change both your alignment and potential for better items. You can choose to treat everyone with respect or act like a self-righteous jerk. If you so choose, you can grill people for money and be a greedy miser. All of these choices can change your natural alignment, thus taking away or giving you opportunities in the future.

The original Neverwinter Nights featured point and click action much like a Real-Time-Strategy game on the PC. This interface worked well for that variation. However, the port on the Switch allows you to control your character using the analog. All of the commands that required the pointing and clicking of the mouse are now condensed down to a variety of button and trigger interfaces. Selecting a potion to save your life in the heat of a battle takes way too long to initiate, and that just kills the fun for me.

Combat and camera work are other odd features on the Switch edition. The combat used to be initiated by left-clicking on the enemy, but now it only requires coming up to an enemy and pressing A, and that doesn’t even work all the time. The various spells that can be used require pressing triggers and navigating through a comprehensive wheel of icons to perform. By the time your character even gets a spell out, it might be too late. On top of that, the camera is very difficult to negotiate. The third-person view starts off at ground level, and that cannot be adjusted unless the game is paused and maneuvered to look at the surroundings. It is a difficult game to play, and that may turn many away from the title.

Back in the day, this game had some of the most stunning sound effects of any game made. the music and voice acting were masterful crafted to fit into the action. As you are wandering through the dusky Neverwinter Prison you can hear the prisoners murdering the guards in the distance. The unnerving noises of the dark forest bring a tingle down your spine. Even the moans of pleasure in the brothel make you question why you went there.

The music, which is orchestral and strong, is centered around places and events. The heavenly tone of the Temple fills your ears as you walk through its halls, and that is quickly interrupted by the heart-pounding rush of a battle theme. These little mixtures between frontward and ambient sound make Neverwinter Nights a fantastic feast for the ears.

Much of the dialogue within this game is narrated with voice acting. The voice acting is good, but it still proves to be a bit “hokey” for my tastes. Some of the voices are just plain silly and don’t sound like they fit their characters very well. Even Lady Aribeth, who you will hear from a lot, gets a little too dramatic for her part.

The original Neverwinter Nights came to the PC in 2002. The height of graphics back then were high-resolution polygons. Well, times have changed and most games do not use that aesthetic anymore; however, for the sake of historical accuracy, Neverwinter Nights Enhanced Version has retained this look. Let’s just say that this game has not aged well.

The high-poly graphics of this game have received a shiny new HD veneer, but they still look old and dated. The various faces and textures used for customization appear blocky and unexpressive. Everything is very rigid in Neverwinter Nights, and that lack of organic detail can be very unsettling.

I expected this game to run smoothly on the Switch considering its archaic quality, but I did run into some stability issues. The FPS would fetter a little from time to time on handheld mode, and as a result, I would get a slight lag. This is common with online play on PC, but I wouldn’t expect to see it on the Switch.

Speaking of online play, Neverwinter Nights does support both LAN and Online gameplay. Trying the game out with some random players, I found that working with others did improve the game experience quite a bit. This game provides a “lobby system” that gives you the opportunity to choose the realms and areas you wish to play in. Some servers give you the option to join up with a few champions, while others make the game a virtual MMO. There is even PvP play, which can be fun if you know how to play.

Neverwinter Night: Enhanced Edition is absolutely massive in scope. The developers say it contains over 100 hours of adventures; I wager that far more time can be spent on this game. The title and its expansions are available for $49.99, but given its age and spotty port, I would say that the price may be too high. Regardless, this game is a perfect fit for anyone who loves Dungeons & Dragons and the games that they produced at the turn of century. Mixed with other D&D titles on the Switch, NWN may prove to be a worthwhile investment to a nostalgic collector.

Neverwinter Nights: Enhanced Edition is a grand adventure from the D&D universe. The Switch port is not perfect and may be slightly overpriced, but it is still an amazing story and a very valuable package.

Many hours of gameplay 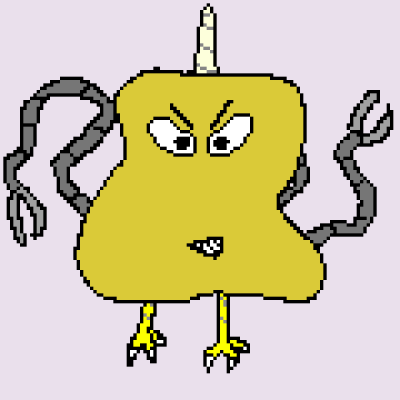 I am a pastor, counselor, husband, father, and Steampunk Cat enthusiast from the American heartland who moonlights as a gaming journalist and freelance writer. Currently, I am working with some indie developers create narratives for their games.