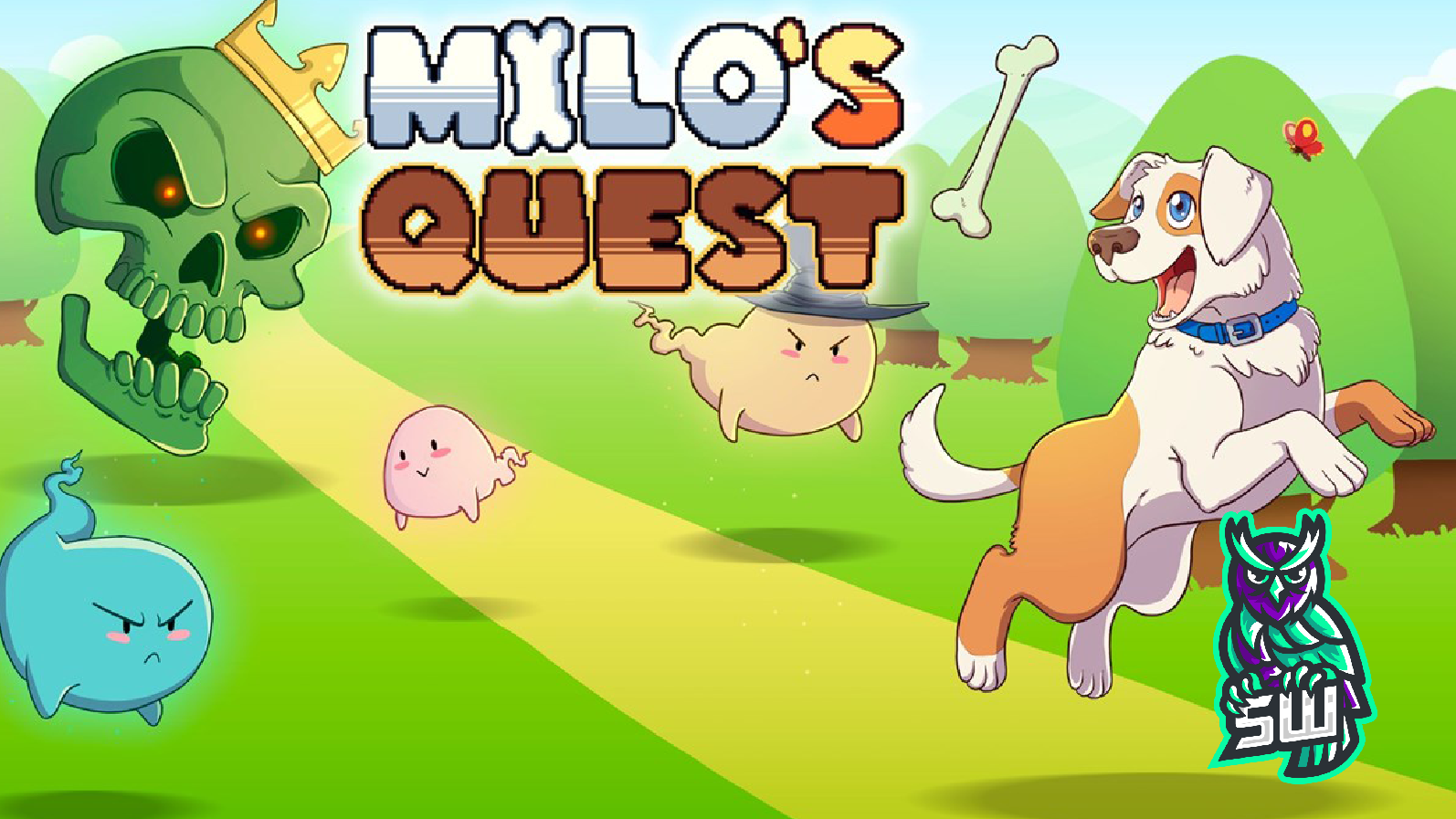 Milo’s Quest is an incredibly cute and cuddly action game. You play as Milo, a brave and adventurous dog who finds himself in a pickle. How does Milo’s Quest measure up with some of the other cheap indie games currently on the eShop? Let’s find out if Milo is a good boy or not!

Milo’s Quest begins with Milo finding a mysterious, yet intriguing, green bone. Unfortunately, upon taking it, Milo accidentally awakens King Old Skull! Thankfully, our pupper Milo is not afraid of monsters. He is ready for the adventure ahead!

The story is beyond simple, but it serves its purpose well. It was nice to see both an oldschool storybook opening and closing which really brought everything together and helped to give a little substance to this short yet cute game. 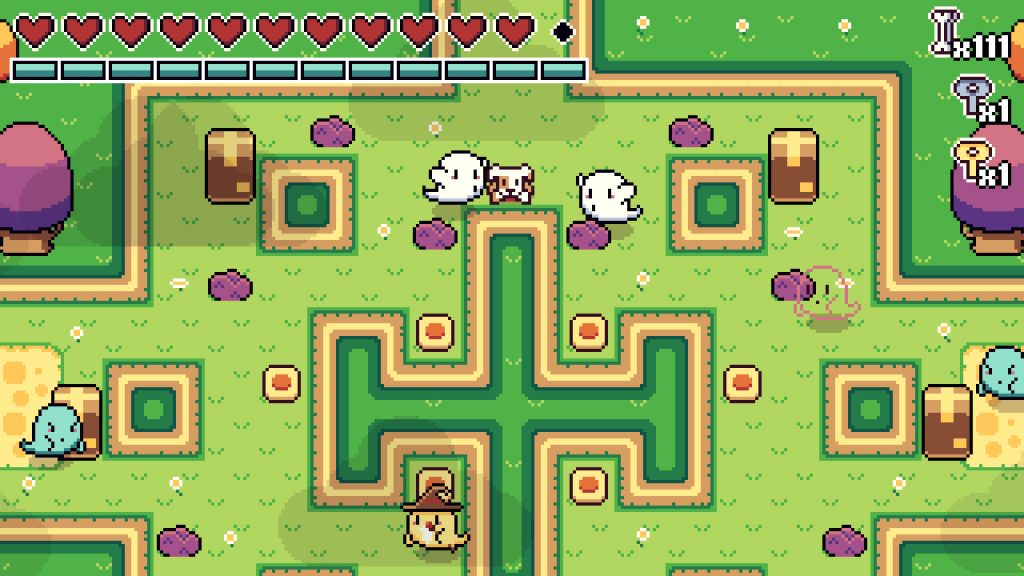 Playing Milo’s Quest feels a whole lot like Kamiko, the lovely little indie game that graced the Switch eShop in the early days. Basically, you play as Milo, and you solve little push puzzles and fight ghosts en route to the three bosses of the game.

Milo’s actions are quite simple. He can move, he can dash attack, he can push, he can collect and spend bones, he can open gates and chests, and he can use… binoculars? Okay. That last one is a bit weird, and I honestly never used it. It just seemed random and did not serve much of any purpose.

Fighting ghosts and the bosses is pretty fun, but it rarely provides any genuine challenge. Sadly, this is one of the biggest problems with the game. It is easy. REALLY easy. I was never once in a situation where I was close to dying, including against the final boss. Since food is constantly popping out from behind bushes, the fear of dying was never in my head. There is a “nightmare” difficulty setting that challenges you to complete the game without dying, but this is not really a challenge at all.

The puzzles can be entertaining at times, but they are also a bit too easy. There were a couple times where the puzzle blocks get stuck, and the only way to reset them is to exit the area and come back. This was a little annoying, but it was honestly not a real problem.

The game works well as an intro-game for children or inexperienced gamers looking to try a simple action game. It even allows players to change the setting to include only puzzles or only action as not to burden people who do not want to do both. But one thing that is shockingly absent in the game is a map. What gives? 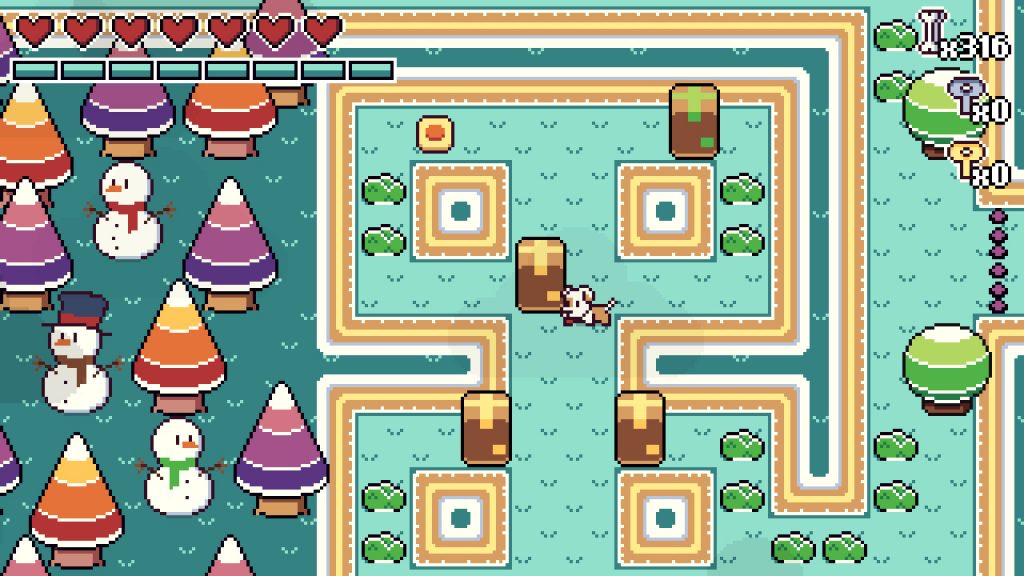 The music in Milo’s Quest is actually pretty great. It reminded me so much of some classic NES tunes, and even as I am writing this review, I am humming one of the songs in my head. It might not be the best chiptunes, but they are extremely effective and fun to listen to.

The sound effects of the ghosts, especially, were a lot of fun, even if they were not a threat. I loved the different sounds they used for each enemy as it easily distinguished the difference between them all.

The game has a cute and charming look about it. The sprite animations, especially Milo’s model, are adorable beyond comprehension. Each area is unique enough to mix things up as you play, and the weather animations are also quite nice.

There are absolutely no performance issues in the game. It runs fast and smooth, and it even boasts ZERO load times. Once the game is launched, it is lightning fast throughout and just looks good the whole way through.

Milo’s Quest is a pretty fun game despite its minor issues. The looks and sounds are wonderful, and the puzzles can be entertaining at times. Although it is simple, its charm is a great selling point. The game can easily be cleared in one sitting, but it unfortunately suffers from little replay value. Once you are done, you will probably not come back to play this one again.

It truly depends on your cup of tea, but I think it is worth the $4.99 asking price. Since I have two young children, they are getting a lot out of this and enjoying it fully. 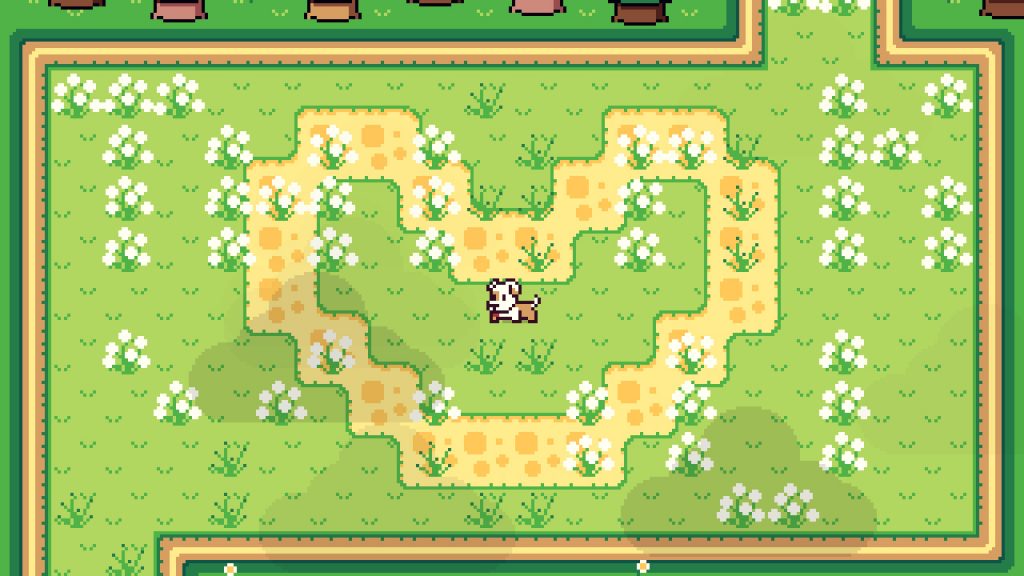 Milo’s Quest is a charming little indie title with just the cutest little pixelated pupper. It may be a bit too easy, but it is a fun experience, especially if you have children to play along with. It is a great intro game for people interested in this type of action game, but for experienced players with no kids, I cannot really recommend unless you just love puppers.

Combat is too easy.
There is no map.
Very little replay value.