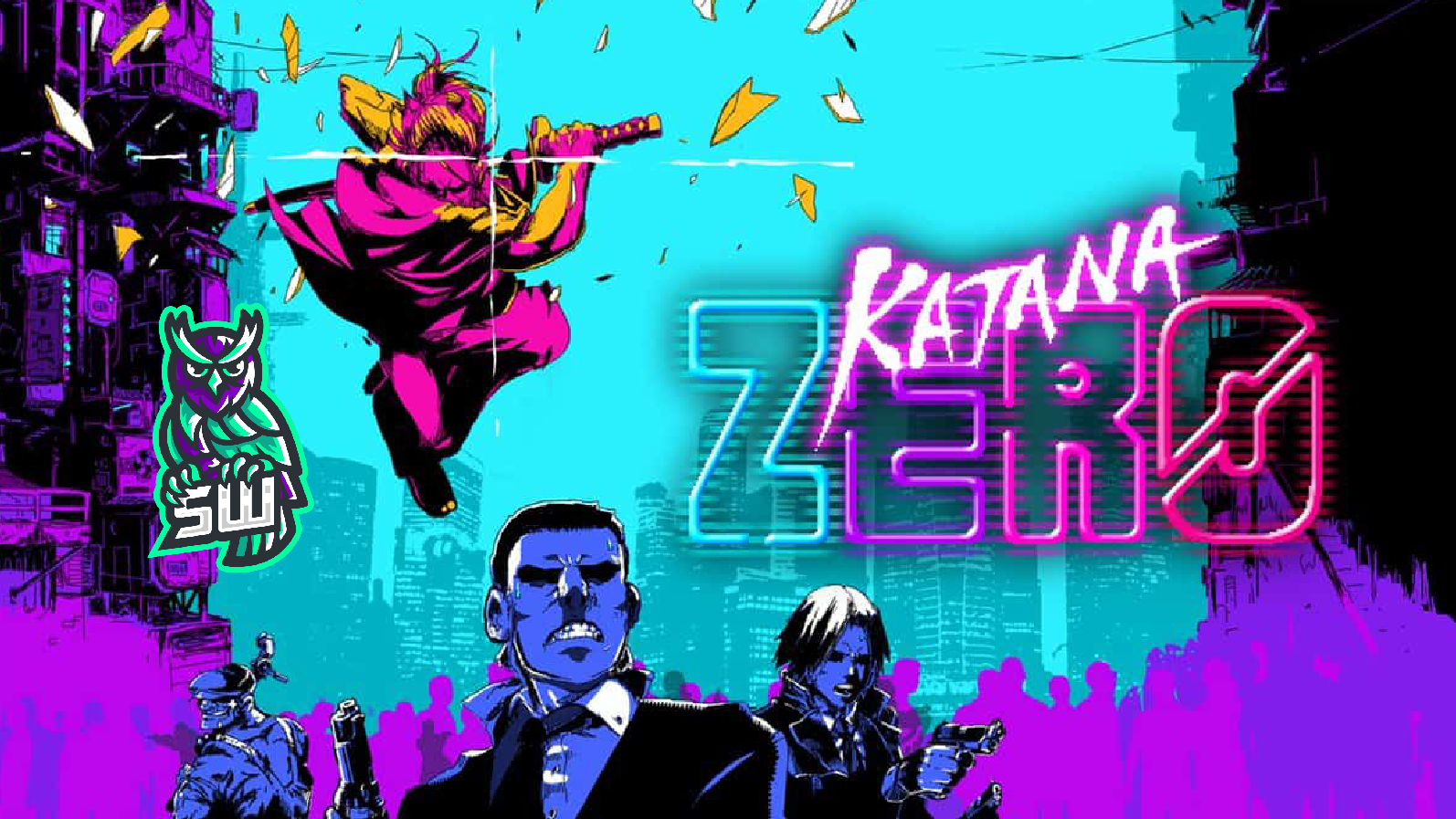 Good evening everyone, and welcome to another Nindie Spotlight, where we talk about our favourite Nindies and why you should play them. I’m Chelly, and this is your Nindie Spotlight – Katana ZERO.

I mean, if that trailer didn’t make you want to play the game, then I don’t know what will. But I guess I’m here to try!

Katana ZERO is a stylish neo-noir, action-platformer that released on the Nintendo Switch back in April 2019. I loved the look of it straight away and had to play it. I never thought it would become one of my favourite Nindies I have ever played.

Upon first starting a New Game, you will quickly be introduced to the character you take the role of throughout the story – a nameless Samurai who pretty much doubles as a hitman, whether he likes it or not. This is a character that you will come to learn a lot about throughout your journey, and you will love this silent Samurai, just as I did.

Katana ZERO is a lot like Hotline Miami, not only in its publisher, but also in the way that you have a series of interlocking rooms and all enemies within these rooms must be killed/defeated in order to progress to the next area. Where it differs from Hotline Miami is in the mechanics of the game. For one – and as you probably can guess – your main weapon is a katana, slicing and dicing anyone in your way. There is a one-hit-kill mechanic here that works both ways; you can kill in one hit, but you can also be killed in one hit. Be careful.

What really surprised me while playing Katana ZERO was its plot. I was hooked from the get-go. There’s a lot of mystery surrounding the main character, and uncovering that was exciting and exhilarating. Throughout the course of the game, your character drops in and out of conversations with what you believe to be a therapist of some sort. Learning vital information from your past. It’s little things like this that make this game incredibly difficult to put down. It’s safe to say that I could not put this game down from start to finish. I only wish it was a little longer. I wanted more time with it.

When you ‘die’ in Katana ZERO, you don’t actually die. Time rewinds back to the start of the level or checkpoint. Which brings me to the next awesome feature of this nostalgic game. Your silent Samurai is juiced up on some unknown drug called Chronus. This mysterious drug seems to give you the ability to slow down time. The how or why isn’t clear, but it’s awesome.

Combat in Katana ZERO is exciting and a hell of a lot of fun. Using a combination of slicing, sliding, rolling, throwing objects, manipulating time, and even deflecting enemy projectiles back at them. Learning how to use all of these mechanics effectively is the key to succeeding. What’s even cooler is the fact that there is no ‘right’ way to clear a level. In fact, there are countless methods of completion giving players the freedom to play how they want to.

Oh, and when you do clear a level, the game shows a replay of exactly how you did it in the form of a CCTV camera. A really cool feature that can be skipped, if you prefer not to see all that death and destruction you have caused.

One of the stand out features of Katana ZERO is it’s art style, clearly taking inspiration from ’80s films. It has a very nostalgic, neon aesthetic. Despite its low-fi style, there is still a lot of detail to be seen; facial expressions are clear, combat is precise, blood splatter galore, and environments are a pleasure to explore, despite not actually spending a lot of time in them.

Katans ZERO’s soundtrack is exactly as you can imagine – again following the ’80s theme in an almost techno style but also calm and collective in the moments that it is needed. One nice little addition I really enjoyed is at the beginning of each level, the Samurai presses play on his tape player, allowing the player to believe that you are listening to his soundtrack. This is pretty cool.

There we have it! This is exactly why you should play Katana ZERO. A fantastic action-platformer that you will play start to finish and still be left wanting more. I can honestly say it was one of my favourite games of 2019, and it will to be in my thoughts in 2020.

And that’s all folks! There is this week’s Nindie Spotlight. Join me next week for another brief look into the Nintendo Switch’s best Nindie titles. What are some of your favorite indie titles? Let us know in the comments below! Thank you for visiting SwitchWatch.co.uk, and I’ll see you all next week!

Rayman Has Been Shafted, and It’s Disappointing