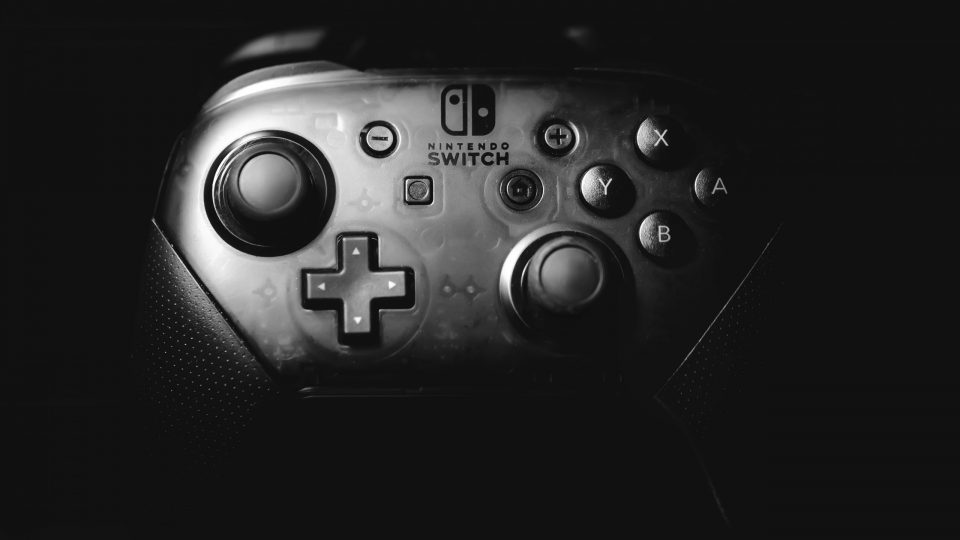 First, difficulty. This is the easier one to tackle, since there are disabilities out there that many of us overlook or don’t even know exist. Difficulty, especially since Dark Souls reached its peak popularity, has been a hot topic of debate online, epitomized by the phrase “git gud”. But we don’t want to engage with that. Instead, we need to discuss how games are balancing difficulty to provide a challenge to those who want it while remaining inviting and accessible for those who can’t handle, or don’t want to deal with the challenge.

So, what games are doing it right with regards to difficulty? Well, perhaps the best example is Celeste, an indie platformer darling that nails its approach to difficulty better than, I would argue, any other game ever made. So, let’s use Celeste as our case study for difficulty. 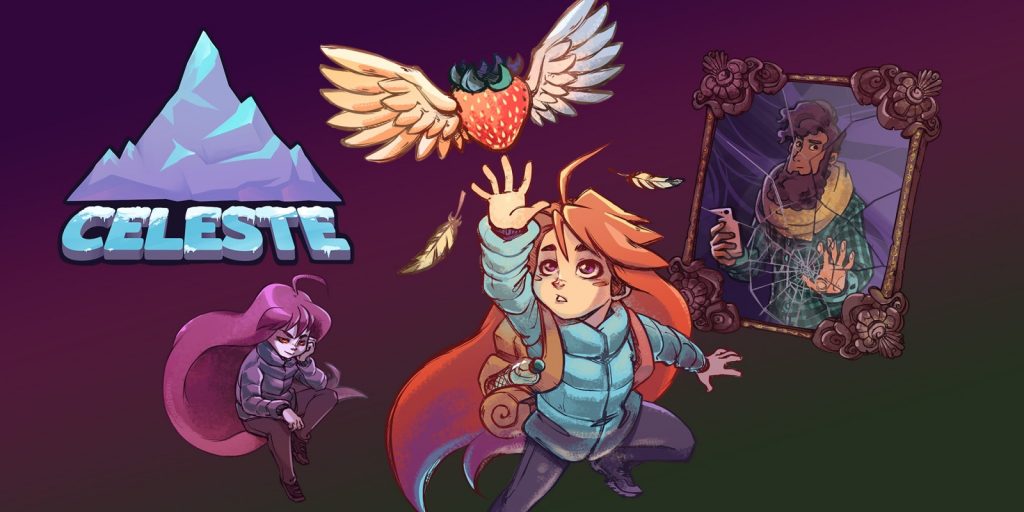 Celeste is a torturous and difficult game with mechanics that hinge on sharp precision platforming. Celeste is about quick reflexes, reactionary platforming and puzzle solving, and actually building its difficulty into its story and themes. The journey that our protagonist, Madeline, is on is one of self-discovery and growth, beaten back against by her own anxieties and deeply ingrained self-doubt. The difficulty of the game, therefore, fits the narrative, the protagonist, and the setting of the game beautifully.

Celeste’s default status, therefore, can be defined as ‘challenging’, and ‘challenging’ is not accessible nor inviting for younger, less experienced, more casual players. Now, we should all be able to agree that no piece of art should be gated off, and that certainly includes video games. That being said, games are, in part, defined by challenge, the skill of its players, and a feeling of victory. An easy way of balancing this challenge vs accessibility problems has always been difficulty levels, but Celeste does something much smarter than that.

Celeste offers several options with regards to tweaking its difficulty, in the form of different assistance measures. The game is fast, for example, relying on split-second reactionary moves from places that must be executed precisely. It’s tough and unforgiving. So the game offers players the choice to slow down the game’s speed by increments of ten percent, allowing players to find the exact speed that suits their ability and play style. It’s not a difficulty level; it’s a setting.

Games like FromSoftware’s Sekiro: Shadows Die Twice could really benefit from something like this. The video game pundit Jim Sterling remarked upon trying the game that its lighnting fast reaction-reliant gameplay made it impossible for him to get on with, despite his love of the developer’s prior games. 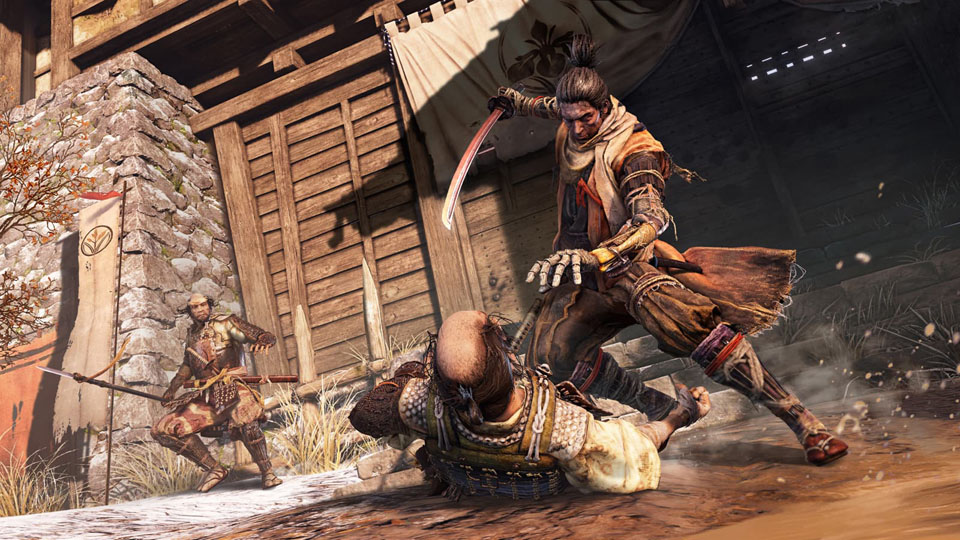 Having tweaks to difficulty fall under ‘settings’ rather than ‘levels’ also helps to eliminate any stigma attached to lowering the difficulty. There’s an issue of pride forever attached to difficulty levels. Trophies are often gated off by difficulty, and some games, like the Wolfenstein series, actively patronize and poke fun at players who choose easier levels. Some players will defend this as good humor, but it isn’t. Humor that punches down simply isn’t good humor.

Nintendo has been fairly good at introducing assist modes like the ones seen in Super Mario Galaxy 2 and Super Mario Odyssey, as well as Mario Kart 8 Deluxe having assisted steering. But these assist modes are all-or-nothing implementations, rather than the fantastic incremental tweaks offered by Celeste where difficulty can be very specifically fine-tuned for player engagement, enjoyment, and challenge.

Settings that help players tune the game to their own skill level and what they’re looking to experience should be easy to implement into most single-player experiences. It’s not hard, for example, to see how the same speed and reaction-related settings could have been added into the aforementioned Sekiro. They would have left the game untouched for those seeking a challenge “as intended” and would have ensured that other players feel welcome to try a game that would otherwise intimidate and turn them away.

Difficulty should not be a gatekeeper for video games, and it should also not be stigmatized. The bottom line is that difficulty needs to be repurposed by integrating it into the options menu and scrapping difficulty levels. We should be tweaking our difficulty in different ways (speed, damage, health, reaction time, AI aggression etc) much like we do with our sound (voice, music, effects) and our visuals (brightness, contrast, color). Looking back on decades of gaming, it’s astonishing that this isn’t the norm already. Looking forward, it really needs to be, and Celeste is the perfect example of how it should be done.

Adjusting for disability should be done by every video game as much as possible all the time. That being said, it is undeniably difficult to cater for every single disability. And while I used to be a high school teacher back in the day, even I am no expert on every kind of impairment and disability. But it’s the effort that matters here. Video game developers need to be taking disability into account from the beginning of the development process, and considering how each aspect of their game’s mechanics, visuals, and sound design might affect people with different disabilities in different ways.

Mark Brown of the YouTube channel Game Maker’s Toolkit did an astonishingly thorough and considered video on this topic recently, so much of what you’ll read here was inspired by that video and it is well worth a watch.

Laura Kate Dale wrote in a recent article about the problems that may arise with the introduction of “resistive triggers” in the next console generation. While initial reactions might be to the tune of “that’s cool!” or “how innovative!”, it may, as Laura mentions, spell havoc for players with arthritis or chronic joint pain. The point is: there are players with disabilities we often don’t even consider who have a right to enjoy games unhindered.

The Evolution of Anime Games – Exceeding the Source Material

One way around issues like this is similar to the solution to difficulty options: provide players with a full range of settings that allows them to tweak the game in whatever way they see fit in order for them to feel comfortable and be able to fully play and enjoy their gaming experience.  This includes, but is not limited to, allowing a full range of button mapping for players with motor disabilities and joint pain; providing tweaks to color and tone for those with color blindness; providing a full range of subtitles and ensuring those subtitles are large, can have their size altered, and are clearly readable (possibly even have color options for players to select). 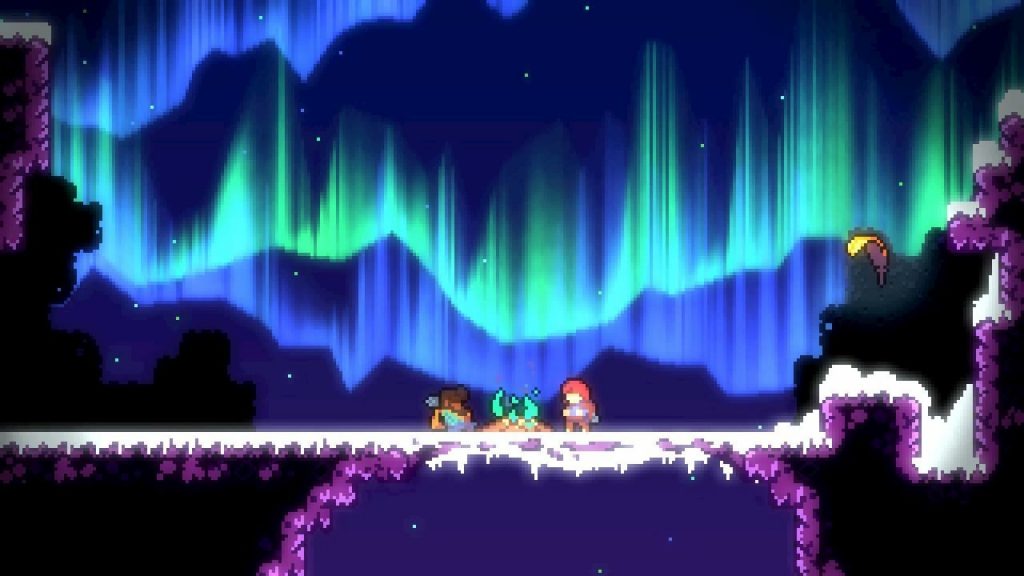 Another thing that overlaps between difficulty and disability is reaction speed. To bring up Celeste once more, giving players the option to slow down their game and give them a larger window of movement and reaction is not only good for those with a low threshold for difficulty, but also for those with arthritis and joint pain.

A lesser known issue with regards to video game difficulty is with mental health. Players who suffer with anxiety and anger issues would – and this one is speaking from personal experience – benefit from being able to tweak the reaction windows and speed of their video games so as not to feel too nervous, under pressure, and stressed when playing precision-reliant games like those developed by FromSoftware.

FromSoftware produce my personal favorite video games, but I can’t deny they set off my anxiety and anger at times. Having the option to tweak a few things like AI aggression, reaction windows, enemy and player speed, and enemy and player health would go a long way to mitigate my stress without spoiling the core gaming experience.

There is a lot to cover when it comes to accessibility in video games, and we have barely scratched the surface. But that’s kind of the point here. This is an ongoing discussion that needs to be had. A discussion that should be open, honest, and involve player feedback. We have to throw away the pride-fueled toxicity surrounding difficulty, stop gating off our video games, and start considering how to make every single person feel encouraged to experience whatever video games they’re interested in, irrespective of their difficulty threshold or their disabilities.

This featured piece provided by SwitchWatch.co.uk.

The Gardens Between – Nindie Spotlight

Rayman Has Been Shafted, and It’s Disappointing